Controversial journalist, Kemi Olunloyo claims that Davido’s mum who died years ago, appeared in her dream and told her that she’s not proud of her son.

Yesterday, Davido faced a lot of backlash from Nigerians over an assault controversy, that he slapped Kizz Daniels manager during his concert. (Read the report HERE).

Following that controversy, Kemi has come out to claim that she had predicted something like that would happen. She predicted that something spectacular would happen at Davido concert in Lagos.

Kemi the went ahead to talk about how her prophesy come to past and how Davido’s late mum spoke to her in the dream.

#ProphetKOO. As a prophetic Investigative Journalist, I found my tweet and archived it. A week ago I predicted this. I watched Daniel Anidugbe grow up and was really surprised when he collaborated with Davido a reckless mannerless young boy.

I even told you the song #OneTicket was cryptic. Sadly the phenomenal event was violent. In my dream Davido’s mom Vero said to me that her son has not made her proud. At her funeral, I remember David was 10yo going on 11yo with a blank expression on his face.

I worry when young ppl lose parents. The same way many of us in the industry are watching on Jesse and D’Lila, Kim’s twins and of course Christian and Quincy. Justin, Chance and of course Diddy will guide them all.

Nobody is guiding Davido. Money is guiding him and Money can never buy real character. The list of apologies grows. 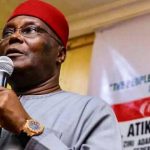 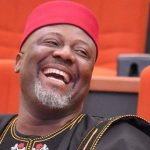