According to the 2018 Global Terrorism Index, which measures the impact of terrorism across the world, Fulani Herdsmen has killed nearly 1,700 people in 2018, which is six times more than those people by Boko Haram in 2018.

The struggle for economic resources like land and water between farmers and nomadic cattle herders, usually of the Fulani extraction but not exclusively, has led to a lot of bloodshed in the country in 2018.

Countless attacks have been attributed to herders after an escalation of simmering tension with local farming communities, a tension that was worsened by the implementation of anti-open grazing laws in Benue and Taraba, two of the worst-hit states.

“While deaths committed by Fulani extremists decreased following the peak of 1,169 deaths in 2014, violence from the group in 2018 is expected to surpass that peak. Nearly 1,700 violent deaths have been attributed to the Fulani Ethnic Militia from January to September 2018. An estimated 89% of those killed were civilians.”

The report noted that large-scale violence is perpetrated by both sides “who engage in mass village raids” that involve wanton violence.

“78% of the deaths committed by Fulani extremists since 2010 have been carried out as armed assaults.”

The report also disclosed that the Fulani Ethnic Militia is the deadliest of the bunch of Muslim Fulani herdsmen who have taken up arms against farmers in largely Christian areas.

“The Fulani herders are primarily Muslim while the southern farmers are predominantly Christian, which adds a religious dimension to the conflict over resources. Christian farmers in the south perceive the influx of Muslim herders as an Islamisation of the country at a time when Boko Haram’s presence in the country is still strong.”

The GTI report noted that the escalation is as a result of population growth, desertification and the distribution of arms throughout Nigeria. It also described the conflict as an economic plight which has forced herders to aggressively push into the south to feed their cattle.

“Land scarcity, the over use of resources, and climate change have dried up fertile land in Northern Nigeria which the Fulani have historically used for grazing, driving many further south into states inhabited by farmers.

“At its core, the herder-farmer violence occurring in Nigeria revolves around the economic plight resulting from the worsening drought and land degradation in Nigeria’s northern regions. The livelihood of Nigeria’s Fulani population is threatened as desertification of their land pushes them south.

“Crop yields of Nigeria’s central and southern-based farmers, on the other hand, are threatened as grazing practices destroy crops due to the increased presence of cattle.

“As such, the deterioration of land in both Nigeria’s northern and southern states has the long-term potential to disrupt the Nigerian agricultural and livestock economy and devastate the region even more.”

The report identified Benue, Plateau, Kaduna and Taraba as the deadliest states in Nigeria for these clashes.

The 2018 Global Terrorism Index also reported that Nigeria is the third-most terrorized country in the world, despite a 16% drop in terror-related deaths rate. Read the report HERE. 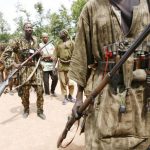 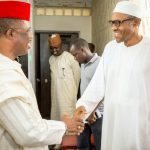