‘Christmas miracle’ as two fishermen were rescued by a passing cruise ship on Friday night after having been lost in the Caribbean sea for 20 days.

The Costa Rican fishermen were displaced since 1st of December after falling asleep and drifting away from their equipment in the Caribbean sea, before a Royal Caribbean ship that was forced to change course due to weather issues found their boat.

According to a statement shared by Royal Caribbean meteorologist James Van Fleet on Twitter, the ship, Empress of the Seas, happened to come across the lost men after changing course because of bad weather.

“The fishermen’s nightmare began when strong winds blew their boat into unfamiliar waters while they slept. When they woke up and realized what had happened, they tried to get back to their fishing gear but ran out of gas. They said they only had enough food and water with them to last seven days.”

“Due to last week’s massive storm, we knew we could not operate our tenders with such a strong wind, and opted to go to a port with a pier.”

“Pure luck, lining of the stars, God, whatever you choose to believe, the facts are we would not have been in that area at the time. You can’t help but think there was a greater plan in all of this

“I don’t know about you, but I’ve already seen a Christmas miracle.”

Royal Caribbean spokesman Ted Miller told CNN that a signal light on the men’s boat alerted the cruise liner at 7 p.m. Friday. The cruise ship sent out a smaller boat, known as a tender, to recover the men after rescue centers in Grand Cayman and Jamaica said they were unable to help.

“One of the fishermen could no longer walk and our Empress of the Seas Crew literally carried him to the tender and carried him on board.”

The men were examined by a doctor, hydrated, fed, clothed and taken to a hospital in Jamaica. The crew of the Empress collected roughly $300 among them as a gift to help the men buy additional food and clothing after leaving the hospital, Van Fleet said. 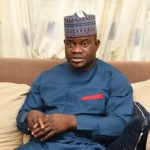 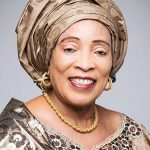