The Lagos State Police Command has clarified and warned Lagosians that having sex inside a car, in a public place is a crime that’s punishable with 2-year imprisonment.

This is coming following a trending report that we did a few days ago about a couple who were caught red-handed having sex inside a car parked in an isolated part of a neighborhood in Lagos State.

After being caught the couple were harassed and disgraced by residents of that area who even posted their pictures online for having sex in public rather than getting a room. Read the full report HERE.

The incident sparked debates all over social media, on whether it’s a crime to have sex inside a car in a public place in the country.

In response, ACP Shogunle said having sex in the car in a public place is not a crime provided that the location is not a place of worship, both parties are 18 yrs+, the act is consensually agreed to by parties, and that both parties are of opposite sex.

NO.
Sex in a car in a public place is not a crime in Nigeria provided;
1. Location is not a place of worship
2. Parties are 18 yrs+
3. The act is consensual (agreed to by parties)
4. Parties are of opposite sex
If threatened with an arrest over above, pls contact @PoliceNG_PCRRU. https://t.co/U1Dqk9Mywe

However, according to the spokesperson of the Lagos Command, Chike Oti, Shogunle’s statement was misplaced. He noted that Lagos state has laws criminalizing sex of any kind in public places.

While disclosing that the state’s Commissioner of Police, Edgal Imohimi, has received legal advice on the subject, Oti said indecent act in a public place makes both parties engaging in the act liable to imprisonment for two years.

He further noted that there’s a federal law applicable in every Nigerian state that criminalises indecent acts. He said:

“The CP Lagos has been advised by the Director of Public Prosecution of the state Ministry of Justice and the Legal Department of the State Police Command, Panti, Yaba, with relevant sections of the law as follows: Section 134 (a) Criminal Law of Lagos State 2015 prohibits any indecent act in any public place without lawful excuse.

“It must be noted that Section 134 which deals with offences against morality, particularly section 134 (a), has it that indecent act in a public place makes both parties engaging in the act liable to imprisonment for two years.

“In the same vein, Section 231 of the Criminal Code Act, which is a Federal law and applicable in states other than the northern states where Penal Code is applicable, also make Indecent Acts punishable.”

Imohimi dismissed Shogunle’s assertion and warned that Lagosians should be guided by relevant sections of the law against such acts. 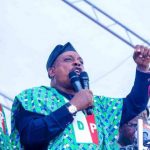 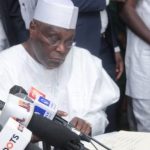