The national chairman of the Peoples Democratic Party (PDP), Uche Secondus believes his party fought corruption more faithfully than the current administration, so claims that the ruling All Progressives Congress (APC) is more corrupt than his party.

Secondus said this during an interview on Arise News on Tuesday, December 11, 2018, when he was asked why Nigerians should vote for the PDP in the 2019 general elections even though the party lost in 2015 because it was deemed to be corrupt and incompetent.

“This is a perception that has been going on for some time, but you can see clearly the difference between PDP rule and APC rule. I think they’re more corrupt.

“The issue of corruption is all over the country even before the advent of the PDP so it’s not an issue where you pass the ball. Let’s not even go there.”

Secondus further noted that all the anti-corruption agencies in the country were established when the PDP was in power. He said:

“All the anti-corruption institutions were established by the PDP. When President Obasanjo came into power in 1999, corruption was there but to address the issue of corruption, he had to establish ICPC. It was not done by APC.

“He has to establish EFCC that’s being used now wrongly against the opposition. And, of course, if you are in the opposition and cross over to APC, immediately you’re saved and it becomes a safe haven for you.”

Even though one of Buhari’s three main campaign promises was to fight corruption, he has been accused of using anti-graft agencies to harass the opposition while shielding people in the APC accused of corruption from justice.

This is despite the fact that two former governors, Jolly Nyame and Joshua Dariye, were imprisoned earlier this year due to corruption-related offenses despite being members of the APC at the time of conviction. They committed the crimes while they served as governors on the platform of the PDP. 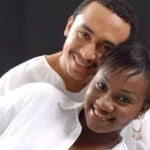 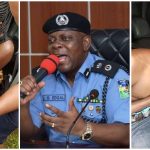