Linda Ikeji’s revelation this morning as to why the relationship between her son’s father, Sholaye Jeremi and herself didn’t work out has sent Twitter into frenzy.

In a lengthy post, she explained how she met Jeremi Sholaye and how they met and had an amazing relationship which almost led to the altar, but somehow, their once ‘made in heaven’ relationship took a nose-dive the moment she told Jeremi that she was pregnant. Click HERE to read the full story.

Linda’s failed relationship has got everyone talking and the reactions from Twitter, as usual, is two-sided. Some people are finding the hilarious side of it while another set are trolling the media mogul.

You need to check out some the reactions on Twitter below:

Reading that Linda Ikeji "Let me explain how I got into a relationship with a fuckboi and got pregnant" post reminded me of something @ozzyetomi tweeted a couple days ago. I hope she extends the same grace to other women when she carries their stories on her blog. pic.twitter.com/h4g3envfLT

Linda Ikeji is really funny lol. Trying to explain away when no one asked her. Still bragging and being condescending at thesame time. Lol koshi

My problem with Linda Ikeji is this Holier than thou attitude.

From talking about celibacy to getting pregnant.

From saying she will never sleep with married man, to…. maybe ending up as 2nd wife.

She needs to chill.

So I missed when Linda Ikeji was bringing her laptop to where I live to come spend the whole day and receive D. I for dey do serious aproko for Twitter people ?

After dragging baby mamas on her blog, Linda Ikeji now a baby mama.

Be careful when you criticize and mock others, you may find yourself in their shoes one day.

Linda Ikeji spent most of her blogging days slandering and castigating "Baby Mamas" until she tragically became one herself, now all she does is try to control the damage.
Moral: be careful who you mock or laugh at, you don't know how they got in that situation, Karma is Real! pic.twitter.com/ekhDk9p7gk

"I have never in my life said you shouldn't have sex before marriage. Don't just have multiple sex partners n sleep with men for money"
Linda Ikeji.. Yen yen yen yen yen pic.twitter.com/DAQLHuRcHG

But I thought one time Linda ikeji was engaged and was wearing engagement ring,did she engage herself ? 'Cause there was no point she said "and he proposed" in that stuff she wrote

You've been hiding him from us and now you've decided to reveal his identity now u guys are no more? Linda Ikeji plis dear ? I no get data for expired matters ??

I thought Linda ikeji said she cannot be a baby mama.

Social media : do people still go against what they preach

Its easy to mock someone's condition, laugh at them until life humbles you & makes you your old jokes. Linda ikeji mocked baby mamas but she is now a baby mama writing long epistles. Guess being a baby mama is not worth mocking anymore.

The only morals from the Linda Ikeji story is simple
1. Nobody is a fountain of knowledge.
2. Don’t live your life based on what you read or see because those are other people’s realities. Focus on yours.
3. It’s okay to have standards but life doesn’t respect anyone’s standards.

The Ikejis are something else. Why did Laura and Sandra announce that Linda Ikeji was engaged? To save face before she announced her pregnancy I guess. Unnecessary drama

Linda ikeji is the typical self acclaim righteous and decent people….bring others down and pretend to be tthe good person while they do worse behind closed door.

She deserves all the dragging she’s getting! Fucking hypocrite.

Linda Ikeji is openly telling ladies approaching menopause to have unprotected sex and illegitimate babies. This is truly sad for our society. pic.twitter.com/6Ps2C7iQyc

Don’t throw stones in glass house
Sometimes you’d turn what you criticize
I don’t know why Linda ikeji is giving us tales by moonlight sha
You’re a BABYMAMA period?

Just read Linda ikeji's long ass epistle. She could have turned it into a book just like toke did. Just saying ?‍♀️ pic.twitter.com/5aB3P7WMgn

Went to buy suya and ran into some guys. Appears linda ikeji posted my story and they recognized me. One of them called me the unburnt ??????

Never take bloggers seriously, they say what they have to say for traffic. Linda Ikeji being a baby mama is no big deal.

My own is that how will you dump somebody like Aunty Linda na???

Linda ikeji with the 'I don't do married men' mantra.

Fast forward to 2 yrs and she's back to Shalaye FC, explaining how she had got a second baby for a married man and how the man was the only one there for her in her 'trying' times ??? pic.twitter.com/GispYKjf9I

Linda Ikeji transitioning from mocking to being the mockery. Drag everyone and now they'll feast on you.

Life just humbled Linda Ikeji..
I hope she has learnt that some people didn't choose the circumstances they found themselves,somehow life happens.

Guys give Linda Ikeji a break. She's a different breed and will continue to make mouths wag at her escapades, achievement, things she's done and undone. 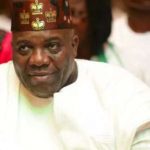 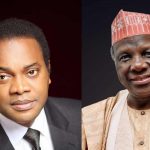