The leader of the Indigenous People of Biafra (IPOB), Nnamdi Kanu, yesterday revealed the alleged killers of the late former Chief of Defence Staff, Air Chief Marshal Alex Badeh, and details of a brief discussion he had with him while in Kuje prison.

Badeh, who served as the immediate past Chief of Defence Staff was shot dead by unknown gunmen along Abuja-Keffi Road last Tuesday evening.

According to Daily Post, Nnamdi Kanu spoke about the assassination of Badeh during his worldwide broadcast from Israel.

Kanu alleged that the late Chief of Air Staff was murdered on the instructions of some persons in the government.

The IPOB leader, quoting a report we did yesterday about a close associate of the late CDS, who claimed Badeh met with Mrs. Aisha Buhari recently to seek help with his corruption cases pending in court because it was taking a huge emotional and financial toll on him.

But the wife of the president reportedly told Bedeh only Abba Kyari, President Muhammadu Buhari’s Chief of Staff, could help him so she took him to Mr. Kyari who was non-committal. Afterwards, Kyari reportedly told Badeh to call him later. The late CDS did call back but never got a response. (Read the report HERE).

Against that background of the Broadcast, Kanu noted that Aisha Buhari’s reference to Abba Kyari as Badeh’s only messiah confirms that President Buhari is not alive and Jubril Aminu Al-Sudani does whatever Mr. Kyari says. I told you ab initio that the main culprits in this (Badeh’s killing) are Abba Kyari and Mamman Daura,” he alleged.

On the reason behind Badeh’s assassination, Kanu said:

“Badeh died because he threatened Aisha Buhari and Abba Kyari with what he knew about Mr. Jubril Aminu Al-Sudani.”

The IPOB leader went further to say that during his discussion with Badeh while at Kuje prisons in Abuja, he told the late Air chief that Nigeria cannot work but he (Badeh) insisted that Nigeria will work. His words:

“I met Alex Badeh in Kuje or he met me in Kuje prison and we had a brief discussion. Those that were there know what I discussed with him.

“Alex Badeh is dead and nobody is investigating his death. Nobody is calling him a hero. Alex Badeh was brave.” 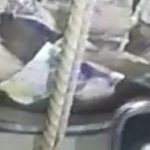 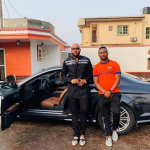