President Muhammadu Buhari said he would no longer complain about Nigeria’s problem as lamenting about the nation’s history of corruption and mismanagement of resources has not helped his administration.

Buhari said this while interacting with Nigerians in Poland on Sunday, December 2, 2018, the president said:

“We inherited so many problems. Actually, l have said l will not complain because l asked for it. I tried to become President three times and l lost, but l was lucky the fourth time, l became one, so l can’t complain.

“Who asked me to do it again? Three times l ended up in the Supreme Court. The third time, l said, ‘God dey’, and the fourth time, God and technology, using the Permanent Voters Card and the Card Readers, they couldn’t rig the elections; so l won.”

Buhari also reiterated that security has always been his number one priority, because of the understanding that any investments drive will be useless without first securing the environment.

“It just makes sense. You have to secure our country or even the institutions or environment to manage it properly. If they are not secured, you are wasting your time. So, security has always been our number one priority.”

Even though he admitted that financing the war against terror is not easy, the president said the military has successfully regained communities formerly captured by Boko Haram insurgents in the northeast region. 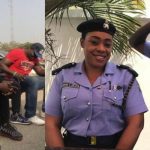 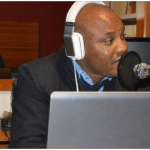