Fuji musician KWAM 1 had confirmed that his son Sultan is among a group of 9 Nigerians reportedly arrested for a $2 million fraud in the United States of America.

According to him, his son is not a fraudster, but a victim of circumstance.

Earlier we reported that the Son of veteran Fuji musician, Kwam 1, and 8 other Nigerians have been arrested in the U.S over online “romance scams” and “mystery shopper” schemes that made victims lose at least $2 million over the past two years. (Read the report HERE)

KWAM 1′ media aide, Rasheed has revealed that he has been released on bail and awaiting a court date. The statement reads:

“Our attention has been drawn to the news circulating that Sultan, K1’s son was arrested alongside five other people in the US over Two million Dollars fraud.

“There is no doubt that he was among those that were arrested but what is however not true is that he is a fraudster. We can confidently say that he was not in anyway involved in the crime, which explains the reason why he was the only person that was released on bail.

“At present, Sultan is back at home waiting for the next date of the case where we believe he will be set free eventually.” 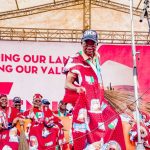 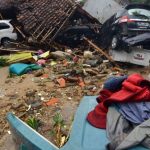