The highly anticipated vice presidential debate, organized by the Nigeria Elections Debate Group (NEDG) and the Broadcasting Organisations of Nigeria (BON), took place by 7:00 pm on Friday, December 14, 2018, at the Transcorp Hilton, Abuja.

The debate was graced by five candidates contesting for vice presidency in the 2019 election. They include, Yemi Osinbajo, the current vice-president of Nigeria, Peter Obi of the People’s Democratic Party (PDP), Khadijah Abdullahi Iya of the Alliance for New Nigeria (ANN), Umma Getso of the Young Progressives Party (YPP), and Ganiyu Galadima of the Allied Congress Party of Nigeria (ACPN).

During the debate, an intense argument between the contesters focused on the impact subsidization has had on the nation, how to rescue Nigeria out of the difficult economic problem, the issue of corruption among others.

Here are the seven main points shared by candidates during the debate:

The discussion among the VP aspirants centered on China used as an example of a country with more investment in SMEs. Nigeria is currently in a situation where it is unable to surpass its 16% investment in GDP. Peter Obi has a response to this by proposing a will to sow more into the private sector.

YPP’s Umma Getso highlights that Nigeria can grow if it is able to check the import and export margin. He aspires to boost the capacity of young Nigerians by introducing an intervention fund worth N1 Trillion.

Osinbajo also mentions that loan schemes targeted at helping SMEs is already in place. The Trader Moni initiative by the Federal Government of Nigeria (FGN) is used as an example emphasizing this effort.

Most speakers at the debate except Professor Yemi Osinbajo the incumbent Vice-President of Nigeria, agree on a need to remove subsidy on petroleum products because it has not yet had a meaningful impact on the living condition of Nigerians.

Osinbajo’s input on the subject seems the opposite. He fears that the removal of subsidy has the potential to increase the price of petroleum products. The VP favors a gradual stoppage of subsidization as opposed to an abrupt one.

On the missing impact of subsidy, Mrs. Khadijah Abdullahi Iya asks, “what is the government presently doing with the subsidy that has been removed? It is not affecting the common man and we don’t know what is going on.”

3. No falling out with Nigeria’s president

Peter Obi dismisses the fear of a clash between the president if he becomes the Vice-President of Nigeria in the 2019 polls. He feels no reason for a rivalry with his boss Atiku Abubakar who didn’t enjoy a healthy relationship with former President of Nigeria Olusegun Obasanjo.

His focus is on building the economy of Nigeria which he reckons is possible through an 80 billion dollar investment. Having the responsibility of rebuilding the country would have made falling out with the president an unlikely outcome.

4. Spending too much time-fighting corruption

While there is a need to eradicate the issues affecting qualitative governance in Nigeria such as corruption, the PDP’s Atiku’s running mate for VP Peter Obi thinks it best to multi-task by addressing other problems including unemployment.

“It is not that you cannot fight corruption but you can fight it more aggressively while addressing economic issues. For example, in 2015, unemployment was 24 percent. Today, it is 40 percent,” Obi notes in his remark about fighting a corruption worm that has burrowed deep into public service.

Vice-President Yemi Osinbajo retorts on a need to deal with the mismanagement of public funds by persons occupying political office. He considers this one of the steps required in setting Nigerians on the path of sustainable growth.

Gender equity is central to the developmental policies YPP’s Umma Getso plans to introduce if she becomes the Vice-President. Allowing more participation for women seems of great interest to the speaker.

“There is no other party in Nigeria that has given priority to women. Professor Kingsley Moghalu’s Presidency is about giving 50-50 opportunity to women to participate in his government at all levels.”

Also, with her background in humanitarian services, Mrs. Khadijah Abdullahi Iya of the ANN hopes to do things differently by putting the “economy before politics”.

Mrs. Khadijah Abdullahi Iya is interested in sharing responsibilities among 774 local governments in Nigeria to ensure an effective devolution of power.

With her resource control policy, the ANN candidate hopes to get more from lower level officials. This can help a great deal in neutralizing the problem of poverty in the country.

In a bid to eliminate the feeling of lack among Nigerians, Professor Yemi Osinbajo reckons an investment in the country’s infrastructure is key. According to the VP, the current administration has expended a sum of N2.7 trillion on this project.

The effort is captured under the social investment policy of the Buhari-led government.

“We have a social investment policy, possibly the largest ever in the history of our country,” Osinbajo mentions while addressing the audience.

According to the candidate of the ACPN, Mr Ganiyu Galadima, the creation of abundant employment is one of his plans in addition to ending the subsidy regime which appears to favour only the rich.

Peter Obi is thinking in the same direction in his note addressing a need to energize the economy.

“The number one problem of this country today is its economy. The vice president is in charge of rebuilding the economy to where it can create jobs.” 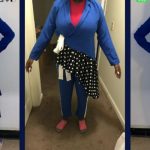