The Minister of Transportation, Rotimi Amaechi has been inaugurated into the Presidential Campaign Council of President Muhammadu Buhari in Abuja on Monday.

Apart from Amaechi, who is the sole Director-General, of the campaign council, others are Bola Tinubu, National Leader of the party, who along with President Muhammadu Buhari, is the Co-Chairman; and Adams Oshiomhole, the APC National Chairman, who joins Vice President Yemi Osinbajo as the two deputy chairmen.

THE APC PRESIDENTIAL CAMPAIGN COUNCIL is as below:

a. Deputy Director I- Chris Hassan

a. Deputy Directors – Brigadier General Gambo and Mr. U. Ukoma

5. All APC serving and former Governors

6. All APC Members of the House of Representatives

7. All members of the National Working Committee of the APC

1. Governors are to serve as State Coordinators in their respective states

2. Gubernatorial Candidates in non- APC States will serve as State Coordinators in their respective states. 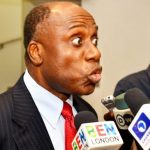 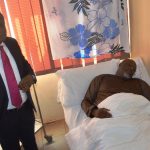