The Pastor of the Latter Rain Assembly, Tunde Bakare said he has told President Muhammadu Buhari that he (Bakare), will become the 16th president of Nigeria.

During an interview with Heritage Media in Calgary, Bakare said President Buhari is the 15th president or Head of State of the country and claimed that he (Bakare) will be the next.

According to him, he is currently building a political family from across the world, which would be deployed for future political aspirations. He said:

“As far as politics is concerned, it is not over truly; you would find out that I shifted gear in the year 2018, I did what I have never done before.

“This would be the fourth or the fifth visit to the Nigerians in diaspora, letting them know that God sent them to this different to learn, that their time is at hand.

“The time is at hand when many of them would have to come back and contribute their meaningful quota; they can speak to their governments on behalf of our people.

“They can intervene in many ways. I am going around, doing that; in London, in Maryland, DC, in Australia, went to the parliament in Australia — in Scotland, and now in Calgary, about February, I’d be in California.” 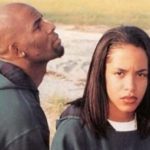 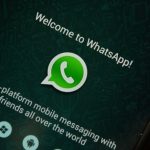