President Muhammadu Buhari has said that the Nigerian soldiers are on the street today because the Police are not doing their job well.

The President said this during an interview with Arise TV on Monday night He said:

“…do you know what can happen if you can’t feed the Police? Do you just give him uniform and a gun but can’t pay him salaries for six months?

“It’s going to be a problem and I don’t want to be a part of it.

“Now, Nigerians are seeing soldiers on the streets. This is not good for the Police and I told them this some months ago.”

“It may be more efficient, which was why I congratulated the governor of Lagos State (Akinwunmi Ambode) when he started the Lagos State Neighbourhood Corps. It’s a good initiative.

“Lagos State is richer than the Federal Government. How many states are there that can pay salaries and you now ask them to go and form state Police?

Buhari also gave reasons why he has not changed the service chiefs saying:

“the head [him] has to be very careful on removal of the service chiefs because you don’t know [the] ambition of the ones coming up.

“My understanding of security is that, when you have a case of emergency, you have to be careful, with tampering with the head of services. This is again one of my personal experiences. I have been a governor, I have been a minister, I have been a head of state, I came back, I tried to come back to this office three times but lucky on the fourth time.”

“I am measuring the options critically, when you have a case of emergency, if you don’t wait for an appropriate time to do it, then you create competition within the service, there are so many ambitious people waiting, only one man can be chief of army staff in the army, only one man can be the inspector-general of police. Don’t forget that it was this administration that appointed all the three.

“I didn’t know them on [a] personal basis, I followed records and thought I picked the best then, of course, their performance may be disappointing but I accept responsibility for not changing them. My reason is based on my own experience.” 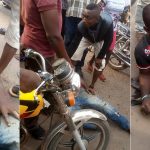 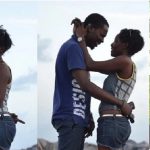