Confusion rocked a Magistrates Court in after a teenager caused a huge scene by wailing and stripping naked following the conviction of her lover in Hwange, Zimbabwe.

According to H-Metro, a 14-year-old girl wept uncontrollably after her 27-year-old lover, Misheck Muzamba, was sentenced to 22 months in jail for sleeping with her.

The teenager who is only in Form 1 was shouting at the court officials saying that they had taken away her husband whom she was deeply in love with and threatened to commit suicide. It took the intervention of a counsellor from the Girl Child Network to calm the teen and to restore order in the court.

The court heard that Muzamba started a love affair with the girl in July of last year. The girl later ran away from home and eloped to Muzamba’s house where the two stayed as husband and wife.

Muzamba was warned by members of the community and a probation officer that he could not stay with the girl as she was a minor but he disregarded the warnings, which led to the girl’s mother reporting him to the police. He was arrested and charged with having sexual intercourse with a minor and unlawful detention.

In his defence, Muzamba told the court:

“Your Worship, yes, I acknowledge that it was wrong to live with the complainant but she is the one who came to stay with me. Our sexual relations were consensual as we were in love. May this court forgive me.”

The provincial magistrate, Mrs. Barbra Phiri convicted him of the charge of having sexual intercourse with a minor but acquitted him of unlawful detention. He sentenced him to 22 months in prison although 10 months were suspended on condition of good behavior. 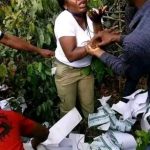 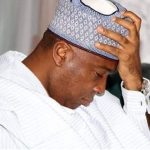