Police were left startled when a foolish-disgruntled drug user called in to complain that she had been sold ‘brown sugar’ instead of cocaine.

The £200 purchase made by the would-be cocaine user left her calling police in Craigavon, Northern Ireland, to report that she had been ‘scammed’.

Officers later posted the exchange on their Facebook page, warning others about the strange transaction.

A post on the Police Service of Northern Ireland, Craigavon, Facebook page described the telephone exchange between the disgruntled caller and the police officer.

A message below the conversation read:

“Bizarrely, they didn’t want to provide a statement! Weird that.

“We’ve said it before and we’ll say it again- drug dealers care about NOTHING other than lining their own pockets.

“Granted, it’s not exactly the sort of slick wheeling and dealing business savvy that would see you go the distance on The Apprentice, but it shouldn’t surprise anyone that drug dealers are scammers!

“A dishonest drug dealer. What’s the world coming to?!” 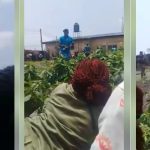 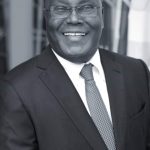