Edo State Governor, Mr. Godwin Obaseki, has visited members of the All Progressives Congress (APC) who were at in Owina Primary School, in Ward 3, Oredo Local Government Area, while participating in the Saturday, February 23, Presidential and National Assembly elections.

Governor Obaseki who visited the victims of the attack at the Central Hospital in Benin City, called for calmness in the state, he vowed to work with security agencies to bring the attackers to book.

He maintained that APC as a political party has a policy of non-violence, and tasked security officials to fish out the culprits. He added:

“We are lucky, it could have been worse with more casualty and loss of lives. Thank God the victims are alive. We will get to the bottom of what happened at the voting center.”

“As I have always said, no drop of blood should be shed because of elections. Those who carried out this dastardly act would be fished out and dealt with according to the law. I have instructed the Commissioner of Police and other relevant law enforcement agencies to apprehend the culprits.”

According to him, this is the third round of elections being conducted in Edo State since he assumed office, with no record of any violent incident.

“Before the end of my tenure by God’s grace, violence related to elections will be a thing of the past in the state.”

“We were attacked by one Mr Shaba who alongside other thugs used dangerous weapons to injure our members who have been hospitalised. Some of our vehicles were destroyed and the governor has asked us to remain calm.”

Governor Obaseki sent all political thugs and touts on early retirement on assumption of office, when he stripped Shaba and several other thugs of the powers to collect revenues for local councils in the state.

According to reports, the notorious thug, Shaba, has spearheaded similar attacks in the past, the most popular being when he led gunmen to unleash mayhem on legislators in their quarters in Benin City, during the Adams Oshiomhole’s administration, after which he was arrested and remanded in prison custody. 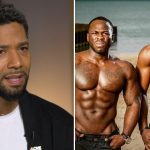 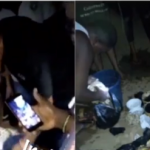