Katy Perry and Orlando Bloom are officially engaged after he popped the question on the most romantic day of the year – and the ring is not exactly small.

Katy Perry revealed the happy news on Instagram, flashing her vintage ruby ring with the caption “Full Bloom”. So. Adorable. We. Can’t. Even.

The pair have been dating since early 2016, after Perry divorced Russell Brand and Bloom ended his second marriage with model Miranda Kerr.

The snap showed the love birds cuddling under lots of heart-shaped balloons which appears to be at an engagement party.

Fans soon spotted that Katy’s mum, Mary Hudson, shared pictures on her Facebook page with the caption “Look who got engaged on Valentine’s Day”, fuelling speculation that Bloom organised it as a surprise, inviting along all their friends and family to celebrate.

The couple first got together in January 2016, sparking rumours after they were spotted together at a Golden Globes afterparty looking rather flirtatious. They reportedly split after just a year but are said to have been reunited again at a New Year’s party in Japan in 2018 – and the rest they say, is well, history. 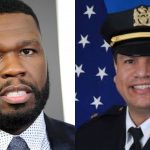