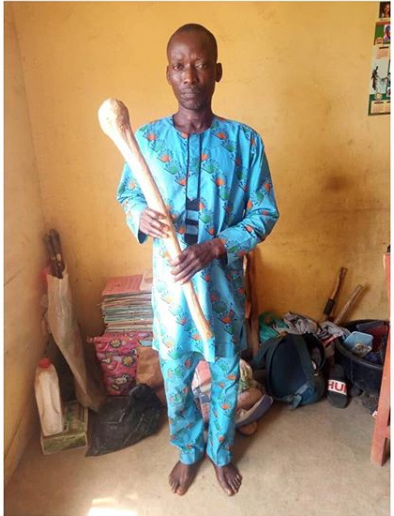 The Ogun State Police Command have arrested a 47-year-old man, Kazeem Adebayo, for allegedly killing his 30-year-old lover, Abosede Adesanya, over N530,000 and subsequently burying her in a shallow grave in his house.

Kazeem Adebayo was arrested following a complaint lodged at the Ijebu-Igbo police station by the deceased’s mother, Amoke Onasanya.

According to the complainant, her daughter, Adesanya, received a telephone call from the suspect, informing her that he had got a plot of land for her to buy.

Convinced that the suspect meant well, Adesanya left home with the sum of N530,000 to purchase the said land. Onasanya told the police that few hours after her daughter left home, her cell phone was switched off.

The Command’s Spokesman, Abimbola Oyeyemi, said following his arrest and interrogation, the suspect led the police to a shallow grave in his house where he buried the deceased.

He confessed further that he used a club to hit her on the head and subsequently buried her in his house, in order to cover any trace of her death to him.