A Japanese politician has beaten London lawyer and German club Munich football player in a fiercely contested bid to buy the virginity of a Turkey-based Azerbaijani most successful model, Mahbuba Mammadzada.

According to DailyMail, the 23-year-old beautiful lady put up her body for sale in order to raise fund to buy a house for her mother in appreciation for all that she has done for her, and use part of the money to finance her own education overseas.

“My mum did everything for me, now it is my turn. I want her to be proud of me,” Mahbuba Mammadzada explained in a video that made the rounds.

The advertisement attracted many wealthy men, but Mahbuba’s modeling agency, Cinderella Escorts identified three top bidders which included the Japanese politician who has won the bid and a London Lawyer, as well as the Munich football player.

She had hoped to raise only £90,000, but the politician offered €2.4M (£2M) and was declared as the winner of the ‘virginity buying contest’.

Also, Cinderella Escorts is entitled to 20 percent of the whole £2M for which Mammadzada has auctioned her virginity. 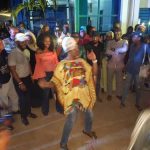 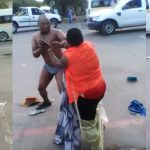