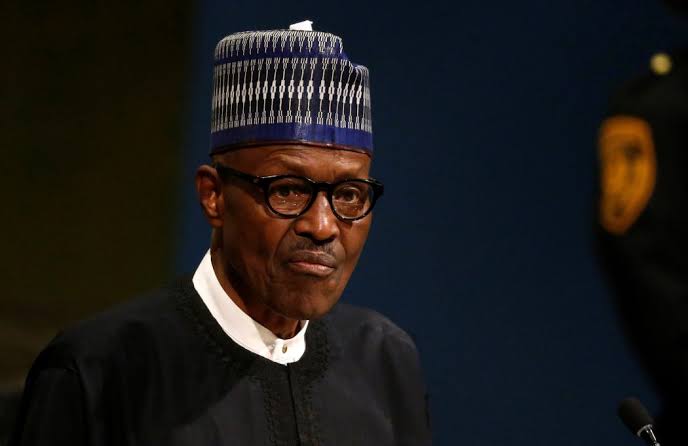 President Muhammadu Buhari had been lebelled as a ‘liar’ by Foreign Policy, an American news publication, founded in 1970, with focus on global affairs.

In a new article entitled: “Nigeria’s President Isn’t a Democrat. He’s a Liar“, published by Foreign Policy, on Monday, the American Magazine made references to the current president’s “dictatorial tendencies” as contained in the article are the “extraconstitutional suspension” of Walter Onnoghen as the Chief Justice of Nigeria (CJN), his decision to “serially ignore” court orders, harassment and arrest of journalists and activists, deployment of security services to intimidate political opponents, and “unforgivably” sanctioning the killings of hundreds of unarmed civilians on multiple occasions. The article reads:

“As Nigerians gear up to choose their president on Feb. 16, there is good reason to fear a return to military-style dictatorship. Following incumbent Muhammadu Buhari’s extraconstitutional suspension in January of Nigeria’s chief judge, who heads the Supreme Court that has final say in election disputes, the main opposition candidate, Atiku Abubakar, requested U.S. and EU intervention for the ‘survival of Nigeria’s democracy’.

“This is more than idle rhetoric. Buhari, an ex-general who led a short-lived military junta in the 1980s, was elected president in 2015 by Nigerians who (like this writer) accepted his claims to be a ‘reformed democrat’. However, his four years in office have highlighted the difference between accepting the principle of elective government and being a true democrat. In Nigeria, like elsewhere in today’s world, the biggest threat to democracy comes not from generals instigating coups but from authoritarians-at-heart winning elections, only to use their democratic mandate to rule anti-democratically.

“Half of Nigeria’s 59-year post-colonial history has been spent under various military dictatorships, but this year marks the 20th anniversary of the return to democratic rule. While the country has seen its fair share of ups and downs during this period, some tangible progress has been made in the spheres of freedom of expression, judicial independence, rule of law, and general civil liberties—and certainly in comparison with the military era.

“In the past four years, however, Buhari’s government has serially ignored court orders, harassed and arrested journalists and activists, deployed security services to intimidate political opponents, and unforgivably sanctioned the killings of hundreds of unarmed civilians on multiple occasions with the impunity of a power-drunk dictatorship. Yes, security services have been known to overreact even in advanced democracies, and civilians sometimes get hurt in the process. But what distinguishes governments committed to upholding fundamental human rights—such as the right to not be killed while demonstrating peacefully—are the post-incident actions they undertake to ensure such tragedies never repeat themselves. No such luck with the Buhari government.

“Following the recent army killing of unarmed protesters in October 2018, rather than express remorse, Nigeria’s army brass falsely claimed that demonstrators had attacked soldiers who simply did what President Donald Trump told U.S. soldiers to do in the same situation: start shooting. Such callous impunity can only thrive in an army confident that its commander in chief will indulge such excesses. Buhari is, by any reasonable standard, personally responsible for the killings of unarmed civilians going unpunished under his watch.”

The article also made references to allegations of rigging said to be plotted by the All Progressives Congress (APC), as well as citing the slip-up made by Adams Oshiomhole, the APC National Chairman, when the latter said “only people who can accept the pain of rigging — sorry, defeat — should participate in an election”.

The article continued: “In addition to all this, opposition figures such as former President Olusegun Obasanjo are warning that Buhari’s ruling All Progressives Congress (APC) party is readying to rig the Feb. 16 elections, an allegation lent credence by the irregularities and violence involved in a recent gubernatorial poll that the APC was determined to win at all costs. In perhaps the Freudian slip of the year, commenting on the gubernatorial election, ruling party chairman Adams Oshiomhole said: ‘I think that for democracy to flourish, only people who can accept the pain of rigging—sorry, defeat—should participate in an election’.

“The international community is thus right to raise concerns about whether the upcoming election will be free and fair. On Feb. 16, Nigerians will be choosing not only their president but also their national assembly. Taking into consideration Buhari’s dismissive behavior towards the judiciary, a potentially rigged clean sweep of the executive and legislative arms of government by himself and his party could usher in an era of dangerously centralized power imperiling Nigeria’s modest democratic gains since the end of military rule in 1999. As of today, there are no credible polls indicating who might win the presidential election, and it is probably a toss-up.

“The fact that Buhari still retains significant support among Nigerians despite his anti-democratic behavior requires explanation. One major reason is that Nigeria’s top political actors are all so morally compromised that an appeal by any of them to higher principles can always be persuasively dismissed by their opponents as hypocritical nonsense.

“For instance, Atiku, Buhari’s main rival who accuses him of weakening democracy, has faced numerous allegations of corruption since serving as Nigeria’s vice president from 1999 to 2007. Additionally, the government that Atiku was a prominent member of itself oversaw massive election rigging and deployed widespread violence to stay in power. Meanwhile, Obasanjo, who is now accusing Buhari of wanting to rig the February election, was president at the time and once exhorted his party members to treat an upcoming election as a ‘do-or-die affair’.

“Walter Onnoghen, the chief judge whom Buhari suspended, is claiming unconvincingly that it was due to “forgetfulness” that he did not disclose several sizable foreign currency accounts in his asset declaration. Moreover, prior to his suspension, he used his position to obstruct investigations into the matter. Corruption runs deep in the highest echelons of Nigeria’s judiciary. Many regular citizens thus feel scant sympathy for judges being muscled by the executive. They’re seen as part and parcel of the country’s corrupt elite, certainly no friends of the ordinary man.

“Nigerian politics suffers from a moral vacancy, an acute shortage of credible political actors who could plausibly champion democratic values and set standards that others feel compelled to live up to. Ignoble actors evoking noble values they rarely uphold do not make for effective democratic role models. Hence many Buhari supporters remain unmoved by opposition claims that he is a danger to Nigeria’s democracy. To them, his rivals are hardly better democrats. Moreover, many Nigerians still see Buhari as, if not incorruptible, definitely far less corrupt than rivals like Atiku.
It also needs to be said that some Nigerian voters support Buhari precisely because of his strong-arm tactics. In a society where the corrupt always seem to have the upper hand and always seem able to defy institutional attempts to bring them to book, it is understandable that the instinct for some basic societal justice can easily translate into an impatience with institutions that appear stacked with people unable or unwilling to deliver basic justice.

“This creates the opportunity for populist authoritarianism to hold significant appeal. Buhari’s justification of his suspension of the chief judge appealed directly to this societal hunger for justice. Pointing to Onnoghen’s attempts to frustrate investigations into his false asset declaration, he argued:’If justice cannot be done and clearly seen to be done, society itself is at risk of the most unimaginable chaos’. Nigeria’s political reality is stubbornly defiant of any simple good versus evil narrative.”

Describing Buhari’s “authoritarian actions” as “anything other than detrimental to Nigeria’s democracy”, the article noted that “the judiciary, as flawed as it is, has played a stabilizing role in post-election disputes, which in a country as volatile as Nigeria always have the potential to descend into violent confrontation.”

“In a society as ethnically and religiously divided as Nigeria’s, democracy is as fragile as an egg; if not handled carefully, it could drop and shatter into a thousand pieces impossible to glue back together. That’s why it’s critical for the country’s judiciary to get reformed and strengthened by rooting out corruption within its ranks rather than suffering diminishment by Buhari. In practical terms, this would require corrupt judges to be weeded out by their peers, rather than by the politicians they are meant to hold accountable.

“Irrespective of who wins the Feb. 16 election, the next few years must be spent ensuring that cornerstone values—such as rule of law, equality before the law, accountable government, free and fair elections, the right to nonviolent protest, and a free press—become sacred nonnegotiables in Nigerian public life, the democratic equivalent of the Ten Commandments. These are the dogmas of democracy, and only those who uphold them are truly worthy of calling themselves democrats.”

“I Just Wanted To Show Off My Friends That I Have A Nice Car”, Says Boy Caught Stealing Lawmaker’s Car