According to the union chapter, following the suspension of the nationwide strike by the parent body, the KSUSTA branch has decided to continue its local strike until its pending issues were addressed by the State Government.

This was made this known in a press statement issued by its Chairman, Dr. Ibrahim Garba Wawata, shortly after the ASUU/KSUSTA meeting held at the institution’s premises.

Wawata recalled that on April 1, last year, the memorandum of action was signed between the union and the government, but no action had been taken to implement the agreement, hence the decision to resume the suspended strike.

Wawata lamented the way the government abandoned the institution, adding: “They are playing politics with this institution.

“I don’t know how the future of our new generation will be like if the government will continue like this.

“The negotiation committee, headed by the commissioner for Higher Education, who is a former university vice chancellor, and the union resolved that government had agreed to look into their request, but nothing has been done.

Wawata further called on the State Government to look into “the recent mass illegal recruitment by the management.” 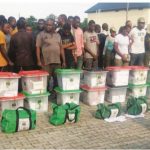 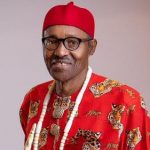