An Ethiopian airline plane headed to Nairobi Kenya has crashed killing all 157 passengers on board.

The plane flight ET302 from Addis Ababa to Nairobi in Kenya crashed shortly after take-off this morning and had 149 passengers and eight crew members on board.

The airline added that there were 33 different nationalities on board.

The crash happened at 08.44 local time, six minutes after the flight took-off from the Ethiopian capital.

“We hereby confirm that our scheduled flight ET 302 from Addis Ababa to Nairobi was involved in an accident today,” the airline said in a statement on Sunday.

“It is believed that there were 149 passengers and eight crew on board the flight but we are currently confirming the details of the passenger manifest for the flight,” according to the statement.

Earlier on Sunday, the airline said “search and rescue operations are in progress and we have no confirmed information about survivors or any possible casualties”.

So sad, may the souls of the dead rest in peace. 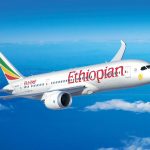 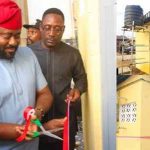