President Muhammadu Buhari has condoled the death of two Nigerians, Ambassador Abiodun Bashua and Professor Pius Adesanmi in the Ethiopian Airlines plane which crashed with 149 passengers and eight crew members on Sunday.

President Buhari, in a statement issued by his Senior Special Assistant on Media and Publicity, Garba Shehu, expressed sadness over the crash that took the lives of Nigerians and other people on board. He said:

“My thoughts are with the families and friends of these distinguished Nigerians and the other passengers and crew who lost their lives in the plane crash in Addis Ababa. May the Almighty Allah give them strength and fortitude to bear the loss.”

Meanwhile, China has ordered its airlines to temporarily ground their Boeing 737 Max 8 planes over safety fears after the Ethiopian Airlines crash killed 157.

Concerns have been raised about the new model following the second devastating air disaster in less than five months.

Sunday’s tragedy follows the Lion Air flight that went down over the Java Sea in late October, killing all 189 people on board.

The order, which was issued at 9am Beijing time Monday, will last nine hours.

It said further notice would be issued after consultation with the US Federal Aviation Administration and Boeing on safety measures taken.

Eight Chinese nationals were among the 157 people who died when the plane crashed six minutes after take-off.

A latest version of the best-selling commercial jet in history, the Boeing 737 Max 8 is operated by scores of airlines around the world – including in the UK. 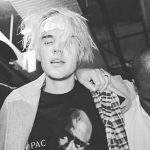 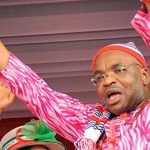