A High Court in Lagos, has reportedly ordered that popular Nollywood actress, Monalisa Chinda, should be arrested for failing to pay income tax over a 6-year period.

According to The Nation, the bench warrants to arrest the actress was issued after she failed to obey a request asking her to show up in court two months earlier.

Justice Adedayo Akintoye, insisted that Monalisa will be apprehended in an order reportedly given on Monday, January 21, 2019. The bench warrant to arrest the actress shall extend up until April.

“The defendant has been served with hearing notice. The proof of service is in the court’s file,” a statement from prosecutor Y.A Pitan reads. The counsel mentioned this while asking for a bench warrant to arrest the actress who has reportedly been evasive.

Monalisa Chinda is alleged to be found wanting for refusing to fulfill an obligation to pay tax to the Lagos State government for her business located in Lekki on the Lagos Island.

The accusation has resulted in a 2-count charge, one of which alleged “failure to furnish and file annual tax returns for the purpose of personal income taxation with the Lagos State Internal Revenue Service (LIRS) contrary to Section 94(1) of the Personal Income Tax Act 2004 (as amended).” 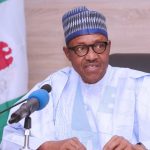 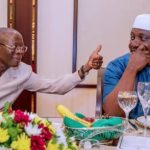