A Federal High Court sitting in Awka, the Anambra State capital, has ordered the Independent National Electoral Commission (INEC) to investigate Ifeanyi Ubah, the senator-elect for Anambra South, and M.N. Umenweke, the Returning Officer for the state during the February 23 presidential and national assembly elections, over criminal allegations levelled against them.

The order followed an application for mandamus sought from the court by Chris Uba, the senatorial candidate of the Peoples Democratic Party (PDP).

Justice I.B. Gafai, the presiding judge, while handing down the order asked INEC to conduct, within 14 days, investigation into the matter for the purpose of prosecuting the respondents.
The order read:

“Upon the honourable court having delivered a considered judgement today, it hereby ordered as follows: the first respondent (INEC) shall, within 14 days from today, conduct or cause investigation into the criminal allegations of the applicant (Chris Uba).

“It shall prosecute, if the investigation result so warrants, the third respondent (Ifeanyi Ubah) and any other person(s) implicated in its investigation.

“Where it considers it expedient to prosecute through its legal officers, it shall consider, at its liberty, the appointment of the applicant’s solicitors in this suit for the purpose of such prosecution.”

The senator also asked for an order of “mandamus compelling the first respondent to prosecute the second (Prof M.N. Umenweke) for announcing or publishing a false result to the effect that the third respondent had won the election held on the said February 23, 2019 even when they both knew that the said election was inconclusive and from which no genuine result had been generated”. 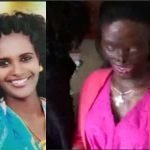 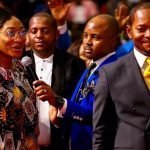