Governor Darius Ishaku of Taraba State has extended the dusk to dawn curfew he imposed on Jalingo to 24 hours as the celebration to mark his re-election turns bloody.

Ishaku had imposed a dusk to dawn curfew on Jalingo on Monday to avert a breakdown of law and order in the town as there were credible intelligence reports that there were plans in certain quarters to sponsor violence.

However, the peace in the town was shattered Tuesday morning as youths and women groups who trooped out in their thousands to celebrate Ishaku’s victory at the polls were attacked by some armed youths who inflicted injuries on them.

The incident led to serious pandemonium across the town as people ran helter-skelter to avoid being caught in a crossfire thereby necessitating the extension of the curfew.

In a statement released on Tuesday by his Senior Special Assistant on Media and Publicity, Bala Dan Abu, the governor said the curfew would remain in force till further notice.

The statement directed all security agencies in the state to ensure strict compliance and enforcement of the curfew.

Meanwhile, a community leader in the town, Alhaji Bello Yero, has urged youths in the town to eschew violence and refrain from being used to breach the security of the state.

Speaking to Journalists against the backdrop of violence that led to the imposition of the curfew, Alhaji Yero also warned opposition politicians in the state to join hands with Ishaku to bring peace and development to the state. 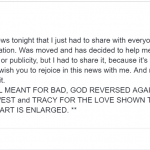 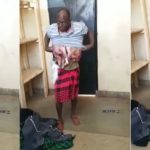