The Independent National Electoral Commission has suspended the governorship and House of Assembly elections elections in Rivers State till further notice.

The commission premised its action on some factors, including the widespread disruption of elections and violence in Polling Units and Collation Centres.

INEC has therefore set up a fact-finding committee to assess the situation and report back within 48 hours.

A statement issued on Sunday by INEC National Commissioner and chairman of its Information and Voter Education Committee, Festus Okoye, said while the Commission’s staff have been taken hostage, materials including result sheets have either been seized or destroyed by unauthorised persons.

The statement reads: “Based on reports from our officials in the field, the Independent National Electoral Commission has determined that there has been widespread disruption of elections conducted on March 9 2019 in Rivers State.

“These initial reports suggest that violence occurred in a substantial number of polling units and collation centres, staff have been taken hostage and materials including result sheets have either been seized or destroyed by unauthorized persons.

“In addition, safety of our staff appears to be in jeopardy all over the state and the commission is concerned about the credibility of the process.

“Consequently, at a meeting held today (Sunday) March 10 2019, the commission has decided to suspend all electoral processes in the state until further notice.

“This is in line with Section 26 of the Electoral Act, 2010 (as amended) and Clause 47(e) of the regulations and guidelines of the commission.

“The commission has also established a fact-finding committee to assess the situation and report back within 48 hours.

“We appeal to the people of Rivers State, particularly the voters, for their understanding as we look into the circumstances of these disruptions and what further action needs to be taken.” 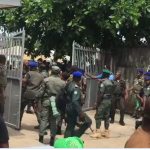 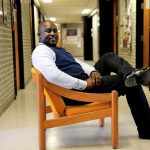