In case you missed the gist, two days ago, Nollywood actress and comedian, Etinosa Idemudia, joined the weekly interaction MC Galaxy often has with his fans via live Instagram video and removed all her clothes.

MC Galaxy has been criticized for not ending his live Instagram video during the incident, despite being compelled to do so by fans who though Etinosa was drunk.

However, during an interview with Linda Ikeji, MC Galaxy said that he was reluctant to end the live Instagram video because she didn’t want him to do so. He said:

“If you watched that video, I was blocking my eyes. I couldn’t even watch it.”

“I even told her bye and she said if I cut the call, I will kill you, so at a point I didn’t want it to feel like I was embarrassing her. She is a celebrity and I cannot just cut off the call. I just had to cover my face.”

Further speaking, he said that Etinosa was not depressed when she joined him on IG live.

“Etinosa is not depressed. We have been talking since. We just finished talking not long ago before you called in.”

The incident with the actress was controversial to say the very least but it won’t prevent him from continuing with “Friday chat with my fans,” said MC Galaxy while remarking on the situation. 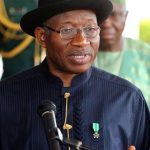 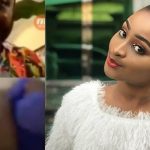