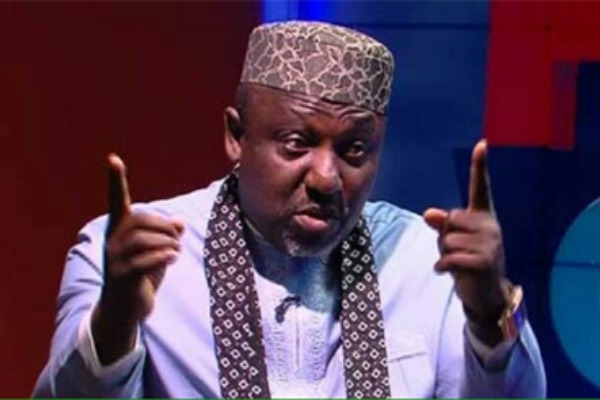 The Governor of Imo State, Rochas Okorocha has told the Peoples Democratic Party (PDP), to keep their mouths shut if they cannot provide evidence that his administration borrowed money from any bank; both within and outside Nigeria.

In a statement by his Chief Press Secretary, Mr. Sam Onwuemeodo, the governor gave financial institutions seven days ultimatum to “openly indicate and give details of such transaction for the public to know.”

Okorocha also insisted that his administration did not owe workers, adding that workers’ salaries have been paid up to the month of February 2019. He said:

“We have come up with this position because the PDP is synonymous with falsehood and propaganda. And even as a party, if they know any bank the government of Rochas Okorocha has borrowed one naira from, they should mention such bank and state the particulars of the transaction so that interested persons can verify or forever, they should keep their mouths shut.

“Owing to Governor Okorocha’s monumental achievements, opponents of the administration have always erroneously concluded that he must have borrowed heavily from the banks. And that is the reason we are now stating openly that the Rescue Mission administration which Owelle Okorocha has superintended for almost eight years now has not borrowed money from any bank.”