Meyer, a Nigerian-German journalist, had taken to her social media handles to reveal that she and Ms Phillips were former associates who had teamed up to establish ‘The Beverage Space,’ a website that focuses on alcohol consumption, years ago.

According to Ms Meyer, she brought Ms. Phillips on-board because she needed a face for the brand since she wasn’t based in Nigeria at the time, adding that she solely funded the project.

However, Ms. Meyer said she later severed ties with Phillips as she decided to pull the plug on the venture after background checks revealed her partner as a fugitive.

Ms. Phillips was at the time arraigned before Justice P.I Ajoku of the Lagos Division of the Federal High Court in 2007 but she, alongside 25 others absconded after being granted bail by the judge.

Ms. Meyer also accused Ms. Phillip (who has declined to comment on the disclosures) of intellectual property theft, claiming she cloned her website which she (Ms. Phililip) went ahead to rename ‘The Beverage Room’ based on the same ideas.

Checks also reveal that the website which currently boasts a large followership numbering over 82,000 on Facebook alone is currently being run by Ms Phillips.

Meanwhile, the head of media committee for Babajide Sanwo-Olu Campaign Organisation, Olusesan Daini has confirmed in an interview that Ms. Phillips was on Sanwo-Olu’s media committee during the governorship campaign.

Daini who said Ms Phillips came to work for the campaign through a consultant informed that he met her in September 2018 and they worked together on the Sanwo-Olu campaign’s media committee when her Twitter profile was shared with him. 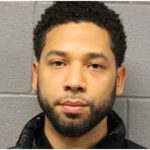 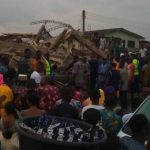