The pastor in question, Kingsley Okonkwo, had stated recently that the reason men don’t marry anymore is that they get free sex from women. He notes that, because of the nature of the man, he tends to desire sex more.

So, when he desires sex and gets it from a woman he isn’t married to, then he will see no need to marry and continue to want to get it for free – hence, the reason for the high rate of single ladies. His words:

“Women need to understand that men are not emotionally developed as they are, women know what they want from childhood. The average teenage girl has dreams of how her wedding will be. Men as a teenager is just playing ball, he has no dreams of settling down.

“He wants sex, men want sex, not relationship. God put so much sexual passion in men, expecting that women will obey him by doing access denied so that if he wants so much sex he should marry. So, he will give you what you want, you will give him what he wants. That was how God planned it, but many women have been sabotaging themselves. So you have been giving it out to people that didn’t put a ring on it.

“This is why we have so many single people because a lot of guys are sexually satisfied. Men enjoy sex with more people than with one person. So, you are messing up and sabotaging yourself by giving out free sex. If you do national lock up, these men will marry.”

Well, Simi apparently didn’t share the pastor’s sentiment, as she went ahead to tell him, how his sermons have a huge impact on his followers. And how marriage, isn’t a reward for good behaviour.

The pastor went on to reply Simi but in his defense said that his message is not one-sided.

“I get you but my message is quite clear….It hasn’t demeaned anybody or put all the responsibility on one sex, I can’t interpret for everyone o,” he replied.

They have both deleted their tweets since sparking off a conversation on Twitter. This is the first time we would be seeing Simi call out a man of God. 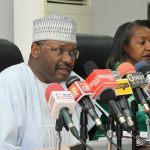 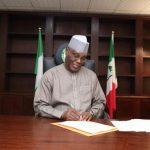