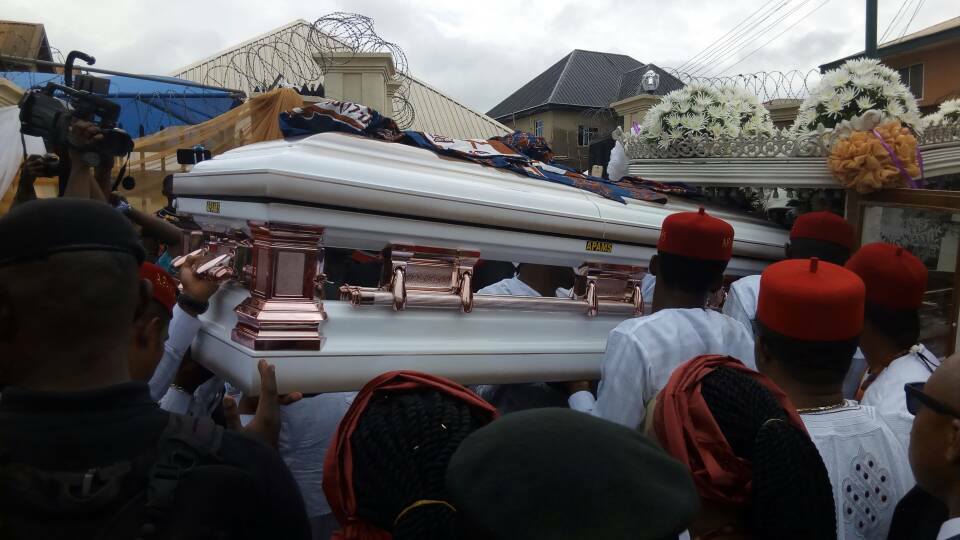 Anambra State House of Assembly has passed a bill seeking to reduce burial and funeral expenses in the state.

The Bill which was sponsored by the member representing Anaocha 11 constituency, Hon Charles Ezeani, was passed after due consideration by the House during Wednesday’s plenary.

The burial and funeral expenses had been on the rise in the state, which forced the Catholic Bishop of Awka, Most Rev Paulinus Ezeokafor to raise the alarm a few years ago.

The Cleric said if not curtailed, people in the state would go hungry after such burial ceremonies, while also advocated for a one-day burial instead of three and four days being practiced in Anambra.

The Bill provided that in the event of death, no person shall deposit any corpse in the mortuary or any place beyond two months from the date of the death

Also, while burial ceremonies in the state shall be for one day.

The Bill equally places ban on destruction of property, gunshots, praise singing, blocking of roads and streets during burial ceremonies in the state as defaulters shall be punished according to the law.

The bill also made it clear that from the commencement of the law, no person shall subject any relation of the deceased person to a mourning period of more than one week from the date of the burial ceremony.

While explaining further, the sponsor of the bill, Charles Ezeani, maintained that the bill also made provision for a monitoring and implementation committee that would enforce the law as well as their responsibilities.

He described the bill as important and a great achievement by the 6th Anambra Assembly, adding that the bill had put to rest the high cost of burial and funeral activities in the state.

However, the speaker, Hon Rita Maduagwu commended the lawmakers for passing the bill.

According to her, it would moderate burial expenses in the state.