The Police Command in Anambra has announced the sealing of Anambra Assembly (ANHA) complex over the impeachment crisis that have been rocking the House.

The crisis rooking Anambra House Of Assembly all started on Tuesday, November 13, 2018, when Rita Maduagwu was impeached as the Speaker of the House for a host of alleged misconducts by 22 out of 30 members during plenary at the Anambra Assembly chamber.

Maduagwu kicked against the impeachment and referred to the lawmakers that impeached her as ‘rascals’ whose actions she branded a “bundle of illegality.” She vowed that nobody can impeach her.
On Thursday, November 15, 2018, when the Assembly resumed, policemen were stationed around the Assembly area from the Alex Ekwueme Square entrance of the complex as early as 8 am.

Despite the fact that workers of the complex and others were denied entrance, a crowd of supporters showed up reportedly in solidarity with Maduagwu and caused a lot of havoc. Read the report HERE.

Due to the leadership tussle police had to seal of the Complex.

SP Haruna Mohammed, Police Public Relations Officer (PPRO) in Anambra disclosed this in a statement in Awka on Friday, November 16, 2018, saying the application to seal off the complex was contained in an official letter to the Commissioner of Police.

“The Anambra State Police Command wishes to inform the public that it has sealed off the Assembly Complex with effect from 6:00pm of Thursday 15th November, 2018 as a proactive measure to avert possible breakdown of law and order in the Assembly.”

The command implored members of the public to stay away from the complex until further notice.

It also solicited the co-operation of Anambra people in its commitment to provide adequate security in the state. 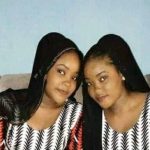 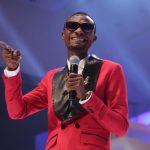