Five people, including three members of Indigenous People of Biafra (IPOB) and two policemen, have reportedly died in Oraifite, Ekwusigo Local Government Area of Anambra State, after a combined team of soldiers and police men invaded the home of Ifeanyi Ejiofor, counsel to IPOB leader, Nnamdi Kanu, in the early hours of yesterday.

We gathered that a combined team of soldiers and police men had invaded the home of Ifeanyi Ejiofor to arrest him on Sunday, but the security operatives were confronted by IPOB members, leading to casualties on both end.

According to an eyewitness, the clash cost the lives of two people after police men opened fire at IPOB members in the house of Mr. Ejiofor in Oraifite.

Leader of IPOB, Nnamdi Kanu, in a statement accused the security personnel of invading the home of his personal lawyer and killing three IPOB members. Kanu said:

“Confirmed reports indicate that a combined team of Nigeria police and military assassination squad invaded the home of my lawyer, Ifeanyi Ejiofor, in Oraifite, Anambra State.

“The team, on December 2 morning, in a bid to kill him and his family, invaded his house. Sadly three innocent Biafrans were killed by this invading Fulani force at his residence.

“This comes on the heel of yet another killing of two IPOB family members who were peacefully gathered at Arondizuogu on December 1. Their bodies are still in the morgue.”

Explaining the incident, the Spokesman of Anambra State Police Command, SP Haruna Mohammed, said there was a formal complaint against Ifeanyi Ejiofor, a member of the proscribed IPOB in Oraifite on alleged case of abduction, assault occasioning harm and malicious damage to property.

He said following the report, the Police patrol teams led by the Area Commander, Oraifite, ACP Oliver Abbey, mobilised and rushed to the scene in order to arrest the suspect who declined Police invitation.

“However, as soon as Police arrived the house, armed men suspected to be IPOB members descended on the Police, set ablaze one patrol vehicle and attacked them with rifles and machetes. As a result of the attack, two Police officers whose identities are being withheld were killed by the suspected IPOB members while others were inflicted with machete cuts. The injured personnel were rushed to the hospital for medical attention and are presently receiving treatment,” he explained.

He added that the state police command deployed reinforcements in conjunction with the Army and other sister agencies who cordoned off the area in order to fish out the culprits.

Mohammed disclosed that ssome arrests were made, adding that the state Commissioner of Police, CP John Abang, who was on his way to the scene had vowed to bring perpetrators of this dastardly act to justice.

Reacting to the invasion of his house, Ejiofor said he was the target of the attack.

“They came for me. They wanted to kill me. I came to see my mother briefly and told her that I was going to see the Area Commander, who had come to look for me in the morning,” Ejiofor told newsmen.

“Immediately I left, they came and opened fire on unarmed men in my house. They came to kill me; they thought I was still in the house,” adding that his house was burnt down.

“As we speak, they have completely burnt down my house and wanted to kill me,” he added.

He accused a billionaire businessman from his community of being the mastermind of the attack..

The traditional ruler of Oraifite, Igwe Dan Ugorji, confirmed the incident, but said he does not have the details as he was in an occasion when report of the incident was sent to him through a text message.

He expressed disappointment at such senseless loss of lives in the present day Nigeria.

His words: “It is very unfortunate that some people can be very quick with guns to kill. Why did they not arrest the culprits instead of shooting them?” 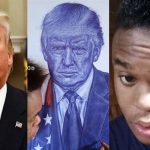 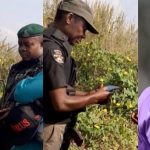