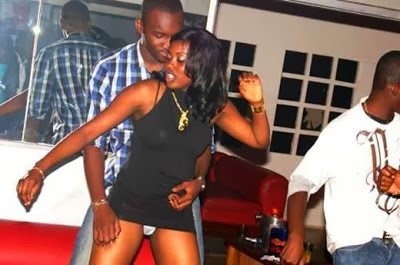 For a civil servant who recently transferred to Abuja from Ondo State, a dating site, Badoo, is handy for him when he needs female companions. He adds,

“What I normally do is to launch my Badoo wherever I am. Whether I am drinking in a garden or visiting friends, once I launch it, my handset will show me ladies who are on Badoo within that vicinity. It will bring out their pictures and we will begin chatting. Anyone I decide to invite will be with me within 10 minutes because of her proximity.”

He notes that while some of the “online prostitutés” will prefer to negotiate their price via online, others prefer the face-to-face negotiation, perhaps with some bottles of drinks to spice up the moment.

Like every other urban settlements, the FCT is having its fair share of the activities of séx workers. Once upon a time, these women of easy virtue draped in their skimpy dresses, dotted every major road and hotel in the nation’s capital. At a point, the FCT authority became uncomfortable with the situation and so rolled out some directives to put an end to prostitution in the city. The authority, through its Secretary for Social Development, Mrs. Blessing Onuh, in fact, banned the “business” in the city.

As of today, it may be difficult to see these commercial sex workers loitering around public places, but that does not mean that they have left the city to sell their “ware” elsewhere as directed by the Minister, Senator Bala Mohammed.

A two-week investigation carried out by Punch correspondent showed these ladies are still plying their trade in the metropolitan city, but in different styles. Indeed, with the arrest of many of them by the special taskforce for loitering, they simply went back to the drawing board, devising new methods to up their game.

The use of smart phones is another veritable platform. Here, their agents with such i-phones display pictures (nude and semi-nude) of their friends and business partners, as it were, who are up for grabs. Once they gain the potential men’s attention, they show them the pictures from which they make their choices.

Our correspondent ran into one of such agents at a popular garden in the Central Area of Abuja and offered her a drink. To reciprocate the gesture, the lady, who claimed to be Benita, offered to provide her friend(s).

“What are your specs (specifications)? You like them chubby or thin. What size of boobs and buttocks do you prefer?”

These and many more questions came from Benita. Without waiting for answers, she opened her Nokia Lumina phone and next was a series of beautiful pictures of young ladies in their early and mid 20’s.

“You will like this one, she is gentle. You will enjoy this one, she is jovial,” she said and continued using different words to advertise the special attributes of each of the ladies on her phone gallery. On whether the ladies are her friends, she said, “I knew them when I was doing girls’ business.”

When pressed further to explain what the business was, Benita recoiled into her shell out of suspicion. In order not to give herself  away, our correspondent asked her to call any of the girls who she could vouch for.

Tingling with excitement, she immediately promised to invite three of such women to avoid any disappointment. But if you think that service would be done without a price, you are dead wrong. In fact, this correspondent mobilised her to carry out the task with a recharge card and in less than 20 minutes, two of the ladies were already close to the garden, desperately seeking information on the phone on how to reach us.

But before they finally joined us, she boasted,

“Two of them are already close by. I do not want to turn anyone of them back. You can pick your choice from the two. In case you want to go with the two, you are free to do so. In this Abuja, I can “control” 10 girls for you immediately without standing up from here.”

As soon as Sandra and Love (not real names) joined us, they ordered drinks while I kept taking notes of the sequence on my i-pad. Benita kept interrupting me, accusing me of not concentrating on my guests. She whispered to me, demanding to know which one of them I preferred or whether I would go with the two.

When I asked what it would cost me to take them; away, she replied,

“I have worked on them so you do not need to negotiate with them. Just take them away and when they are leaving tomorrow morning, give them whatever you can afford.”

At that point, I told her that I had an evening meeting to cover and I promised to join them later. To erase any doubt, I left enough money to cater for their drinks while the contact person assured of keeping them company until I returned.

Again, instead of loitering around, Abuja commercial sex workers now sit inside drinking joints or hotel bars, occasionally engaging in one social debate or another. Indeed, since they dress well, it will be difficult to take them for whores.

On Sunday evening, our correspondent, in company with a colleague, drove to a popular hotel located in Area 3, Garki, which is notorious for huge presence of these damsels. Interestingly, these women of easy virtue were not on the street leading to the hotel as was in the past. They have also adopted a fresh strategy.

As we entered the hotel’s drinking garden, there were no fewer than seven men with small kiosks inside the garden. Apart from chewing gum and perhaps recharge cards, the other most prominent items on display at the kiosks were all manner of cartons of condoms.

I bought a recharge card from one of them in order to gain his confidence and talk to him. The trick worked. When I demanded to know whether “babes” no longer come to the hotel, he smiled and pointed to a corner where there was a live band. He told me in not-too-perfect English that I had passed many of them unknowingly.

As we made our way towards the live band, ladies who were already seated, pretending to be patrons who came to drink, started making some unusual gestures towards us. Pronto, we found out that they were CSWs who, for fear of arrest, no longer stand on the roadside.

No sooner had we gone past them than different perfume ordour hit our nostrils. So also were clouds of cigarette smoke. They also maintained eye contacts with us with the hope that we would invite them. They were however disappointed as we made our way back to our car and drove off.

A banker, Emmanuel, told our correspondent a story of how commercial sex workers contribute money to rent houses in the city centre with about five or more of them sharing a single room. He recalled how one of his friends who went in search of one of the ladies in Area 8 ended up sleeping with not only the lady but also with one of her roommates. Although efforts to get the reaction of the FCTA to react to the new trend did not yield any result, a source told our correspondent that it would be difficult to tackle. 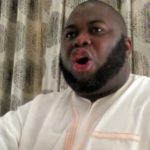