Four boys from St John’s Science and Technical College, Alor in Idemili South Local Government Area of Anambra State have won the Bronze Medal at the International Festival of Engineering, Science and Technology which took place in Tunisia.

The 9-day festival which took place in Monastir, Tunisia from 21- 29th March this year was organized for students aged between 14-24 years from 40 countries and featured a scientific competition in different areas aimed at developing the innovative skills of young scientists and encouraging them to apply their imagination and creativity in solving problems in their environment.

The Anambra Boys were only bested by Daniil Sharoykin from Belarus who won the Gold Medal with a quality water control equipment and a representative of another country who won silver in the competition. The Bronze Boys of Anambra achieved their remarkable feat with a device they called the Adaptable Alternative Power Supply for Sub-Saharan Africa.

The device is an electric inverter with a solar panel that enables it to absorb energy from the sun, warehouse the energy in inverter and subsequently distribute it in households and offices as the case may be.

St John’s Science and Technology College Alor is a public mission school which has benefitted immensely from the intense focus of the Anambra State Government under Governor Willie Obiano on education.

Receiving the boys in his office on Tuesday, the Deputy Governor of Anambra State, Dr Nkem Okeke observed that the state was doing exceedingly well in education at the moment. “The progress we are making shows that if you focus on a sector and show some seriousness about what you are doing, put the right people in charge, the results will come in.”

Dr Okeke further observed that “It takes a lot for kids to leave the shores of this country and beat people that come from the developed countries; to stand up and defend what they have produced and to show what they can do if given the opportunity. Listening to these boys talk with such confidence about direct current and alternating current, it shows that they own this invention. They understand what they are doing. I think they need to be encouraged more to continue with what they are doing.” 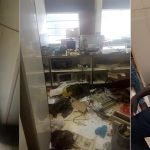 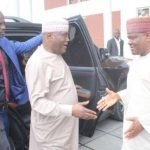