The Presidential Candidate of the Peoples Democratic Party (PDP), Atiku Abubakar has congratulated the Governor of Rivers State, Nyesom Wike, on his reelection.

Wike emerged victorious after polling 886,264 votes ahead of Biokpomabo Awara, candidate of the African Alliance Congress (AAC) and his closest rival, who garnered 173,859 votes.

While congratulating the governor, Atiku described Governor Wike who is also a member of the PDP, as a political gladiator, the ruling party is blessed to have someone like him. Atiku said:

“My hearty congratulations to Governor Nyesom Wike on your hard earned re-election. It gives me much pleasure to see a political force for good, such as yourself, overcome the anti-democratic forces of dictatorship and oppression,” Atiku said.

“The Peoples Democratic Party is blessed to have a political gladiator, such as yourself, on our side.

“The citizens of Rivers state are fortunate to have a genuine progressive return to extend the frontiers of progress and development for them.

“And I am favoured to count you, Governor Wike, as my friend and brother, and Rivers state as my second home.

“As your victory is savoured by men of goodwill all over Nigeria, I am sure you will continue the pattern of good works for which you have become known.

“Nigeria needs men like you. Men who can remain firm, unbowed and resolute in the face of trying times.

“You have proved that you have character under trial, and not just when the going is good. Such refinement will stand you in good stead as, by the grace of God, you finish the good work you have started in Rivers state. 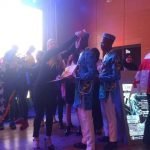 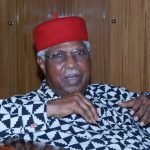