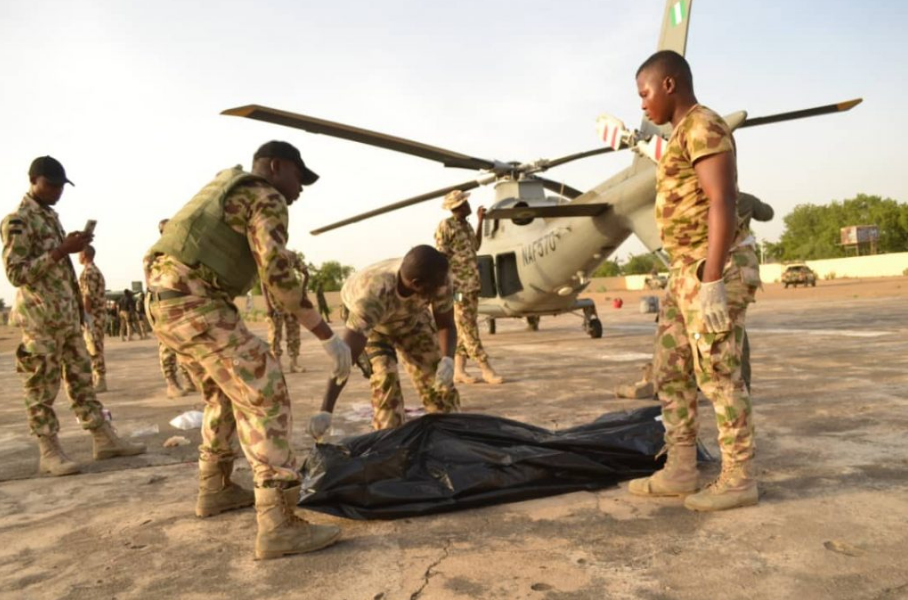 A helicopter rotor chopped off the head of an air chief marshal simply identified as Umar who is involved in the fight against insurgency in Bama, Borno State.

An airman, who witnessed the tragic incident, told TheCable that it happened on Saturday evening when the deceased, who was the co-pilot, had gone to the pick his bags and on his way back, he passed through the side of the rotor which was functioning. Immediately his head was chopped off.

“The aircraft has been recovered and taken back to the airbase. No damage was found the on tail rotor,” the source said.

The source said family members of the deceased have been informed while the burial arrangement was on as of the time this report was filed.