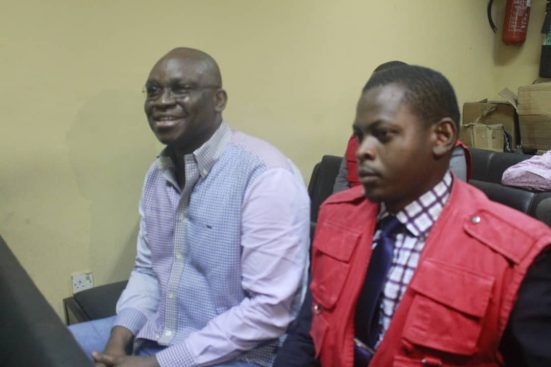 There was a mild drama in the ongoing trial of former Governor of Ekiti State, Ayodele Fayose as an Economic and Financial Crimes Commission (EFCC) witness, Adewale Clement suddenly turned hostile during Friday’s proceeding.

Mr. Adewale Clement, a former driver with Zenith Bank Ado -Ekiti branch, caused a stir in the court when contrary to his statement to the EFCC, he told the court that he did not move any cash from Afao Ekiti, Fayose’s hometown on 16 June 2014.

The witness  who was suppose to be the second prosecution witness for the day told the trial judge, Justice Mojisola Olatoregun, that he got to know about Afao Ekiti sometimes in 2014 when  the Head of Cash Payment section of the bank told him that there was something to be done in Afao Ekiti and that when he asked him what was the thing, he said it was unofficial.

The witness said he was told to lie by the bank’s Cash Officer, Okemute Oputu. He said that on 16 April 2015, the Zenith Bank bullion van was grounded as there was no operations.

Shocked at this point, the prosecutor, Mr Rotimi Jacobs, SAN, told the court that he will be asking for an adjournment as the witness seems to be a hostile witness.

“My Lord, from indications I’m getting from responses from this witness, it looks as if this witness might become hostile as he is making statements absent from his extra judicial statement in the proof of evidence.

“I need to know the nature of application to be made before your lordship. I had no prior indication that the witness was going to change his mind. I want your lordship to adjourn this matter for me to make appropriate applications because he has cast aspersions on his cashier officer on cover up,” the EFCC counsel said.

The defence counsel, Mr Ola Olanipekun, SAN, and Olalekan Ojo, SAN, opposed the application for adjournment, saying the prosecution can not ask for adjournment based on the fact that his witness was not cooperating.

The defence counsel said that rather than ask for adjournment, the prosecutor should have declared the witness a hostile witness and contradict him with his statement.

Justice Olatoregun in replying to the claim of the prosecution that his obligation to protect the witness was inhibiting him from out rightly declaring the witness hostile said:

“Your primary disposition is to the court. You do not protect anybody at the expense of justice. What stops you from declaring him hostile right now?”

However, after further argument by the prosecuting counsel,  the judge agreed to adjourn proceedings and continue with the witness examination in chief on 14 May at 1 pm. 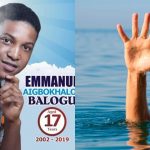 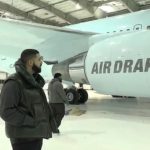