The Economic and Financial Crime Commission (EFCC) said it has arrested a footballer with one of the country’s storied football club, along with two other persons.

Dayo Oginni, who plays for the feeder team of 3SC FC of Ibadan was arrested on Tuesday night in the Oyo State capital city along with his brother-in-law Alabi Okikiola and his friend Jonas Okwuwe.

EFCC said in a statement that 3SC confirmed Oginni was its player but claimed he has not been training with his colleagues “for a long while”.

“Their arrest followed a petition from a neighbour, who raised high suspicion on the reckless and flamboyant life the suspect lived, without any known reasonable source of income,” EFCC said in the statement.

In their separate statements with the Commission, Oginni said he is an Ordinary National Diploma (OND) Part 1 student at Ibadan Polytechnic, while Okwuwe claimed to be a Computer Science graduate from the Auchi Polytechnic.

Oginni’s brother-in-law, Okikiola, said he had a Higher National Diploma (HND) in Accounting, also from the Polytechnic Ibadan.

EFCC said it will take the suspects to court after completion of investigations. 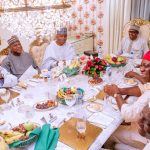 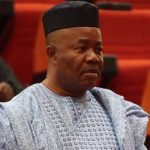