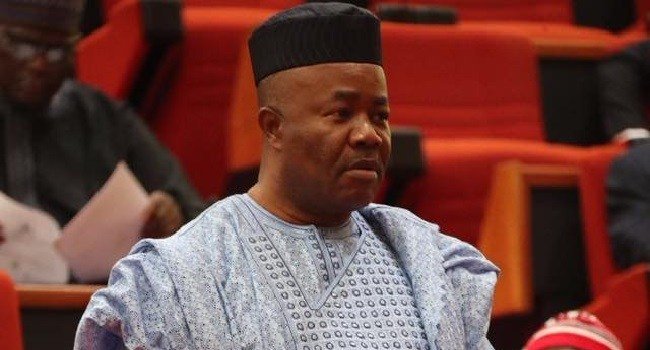 A former Senate Minority Leader, Senator Godswill Akpabio has told a Federal High Court in Abuja that he was suspended and expelled from the Peoples Democratic Party (PDP) before he joined the All Progressive Party (APC).

Akpabio said this at the opening of his defense in a suit seeking his sack and 53 other national lawmakers over their alleged defection from one party to another.

The embattled senator told the court that unlike the others, he was expelled from the PDP at the local government level after he won the Akwa Ibom North-west senatorial seat in 2015. He said:

“When juxtaposed with the calendar for the primary elections as issued by the Independent National Electoral Commission (INEC), the intention of the PDP then was to render him fait accompli and to deny him a platform to contest the election as his nomination must come from the ward up,” his lawyer, Sunday Ameh (SAN), told the court.

The senior counsel said Akpabio, who is the third defendant in the suit filed by LEDAP, was thrown out of the PDP at a very crucial moment in a political arrangement towards the 2019 general election. Ameh said:

“In order not to fall prey of the gang-up, calculated to turning him into political orphan and preventing him from participating in the 2019 general election, he had to take advantage of his constitutional right under Section 40 of the constitution to join the APC that was willing to accept him after his party had thrown him out “.

He added that what the PDP did to Akpabio was an uncommon situation and that he seeks constitutional remedy.

He said if Akpabio’s action was not correct, the PDP would have applied to be joined in the matter to say that the 3rd defendant willingly left the party and urged the court to dismiss the suit for being incompetent and lacking in merit. 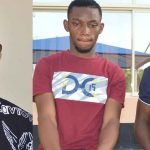 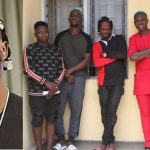