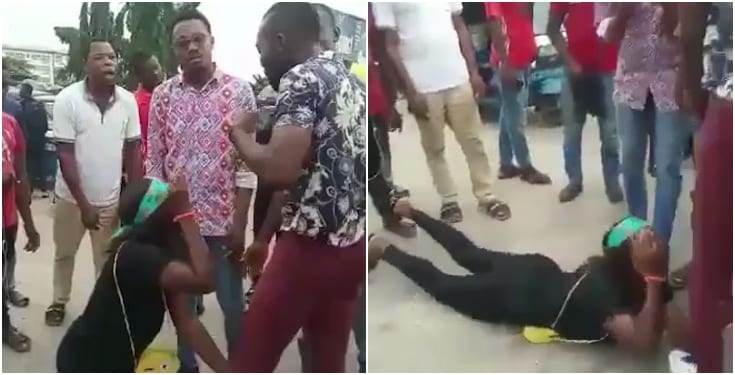 A new video has emerged online showing a Warri lady being publicly embarrassed and humiliated as her boyfriend failed to accept her marriage proposal at a junction in Delta State.

The lady must have waited long enough and thought to herself it would be in her interest to make the move. But it was just so unfortunate she was rejected.

In the video, the lady, who is obviously startled with her man’s rejection, could be seen begging him and holding on to his legs while she held the ring in another hand.

Passersby and onlookers are also seen staring in awe at the situation while some of them confront the gentleman to ask that he stops embarrassing the lady and just take the ring from her, but he rejected the pleas vehemently for reasons best known to him. 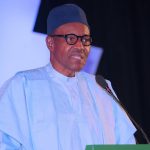 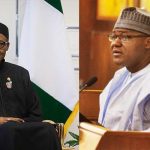