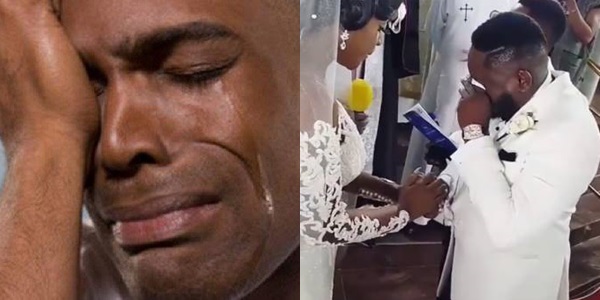 A Nigerian writer and feminist, identified as Ozzy Etomi believes wholeheartedly that men who cry at their weddings have psycho tendencies.

She made the statement while reacting to a tweet on men’s preference to cry over losses at football matches rather than at their weddings.

According to Ozzy Etomi, there is nothing romantic about a man’s show of emotion during their wedding. She wrote:

“I have a theory about men who cry at their weddings. There’s nothing intellectual about the theory. I just think they have the tendency to be psychos. Don’t ask me why, I don’t know, but I believe it wholeheartedly.” She wrote.

There's nothing intellectual about the theory. I just think they have the tendency to be psychos. Don't ask me why, I don't know, but I believe it wholeheartedly.

Much to the surprise of many social media users, there were a few people who agreed with her theory even though none of them gave reasons for their views. Many others, however, disagreed as they didn’t seem to understand her reasons for such an odd conclusion.

I was telling someone something along these lines a few weeks back and there were judging me. I feel seen.

But I still some are that emotional to throw out their emotions. I was emptiest my wedding because my parents are not alive to witness my day and also happy I was getting married to my wife

I hope we can keep this same energy for women crying? Since it’s not human to show emotion for men

Omg me too. I do not trust them at all. Like what's do surprising or heart wrenching that you cry?

you’re definitely right . had a guy cry after argument ( at the time i was v touched) he turned out to be the worst of the bunch.

In all of this. I just realized it's a sin for guy to cry.

How did we get here?

Y'all scream about men NOT showing emotions and how it's okay for a man to cry and at the same time you turn around to call the ones that show that emotion insane?

You don't have a reason, but you have a theory, so how did you come about the theory then. Some people just renewed their contracts in madness. And their followers will gullibly follow them.. Awon oni theory without hypothesis.. ?‍♂️?‍♂️

??? Y’all don’t want men to have deep feelings? Really? Or to own these feelings? You want them to suppress them because ‘man’? Nah

Man no cry, they said it's "masculine patriarchy"

Men will never win this war. That's why we are not fighting in it 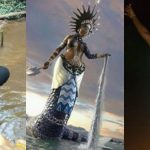 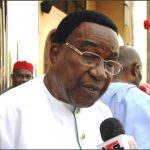