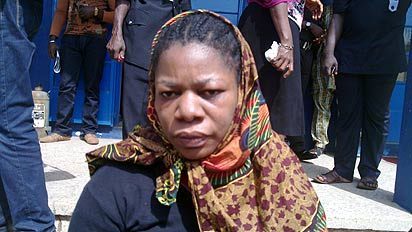 According to The Nation, late Engineer Isonguyo was the husband of Eniobong who was killed by the convicted Pastor.

Engr. Isonguyo was killed and set ablaze while his body was found after some days.

Pastor Ukachukwu who was having an affair with late Isonguyo wife was arrested when the vehicle of the deceased was tracked to him.

He could not explain how he got burnt injuries in his hands.

Justice G. Imadegbelo heard that the deceased was killed by a sharp object in his car by the said pastor and set ablaze in the car on agreement with his wife who was then pregnant for the pastor.

During trial, the court was informed how some millions of naira and landed properties belonging to the deceased were transferred to the said pastor.

Witnesses testified that the murder was carried out by the convicts to cover up the pregnancy accusation by the deceased who insisted on knowing how his wife became pregnant while he was away.

Justice Imadegbelo sentenced the two persons to death by hanging.

Eniobong who was four months pregnant at the time of the incident was said to have given birth at the Benin prison.

“If We Have Stolen, They Should Arrest Us” – Governor Ajimobi Speaks On Probe After Tenure