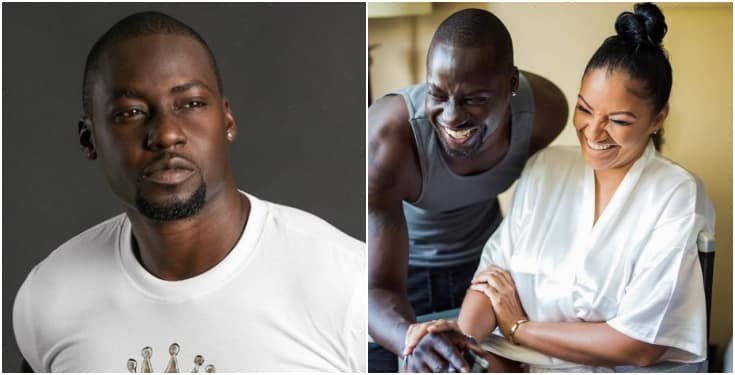 Ghanaian and Nollywood actor, Chris Attoh has been named as a suspect and is currently being investigated in the murder of his wife Bettie Jennifer, who was shot some few weeks ago.

According to George Matthews, a spokesman for the police agency in Washington, D.C. they are investigating Chris Attoh’s tweet which came some few days before the murder of his wife.

“When it comes to relationships, remaining faithful is never an option but a priority. Loyalty is ever …,” but the police reveal that he is cooperating with investigations. 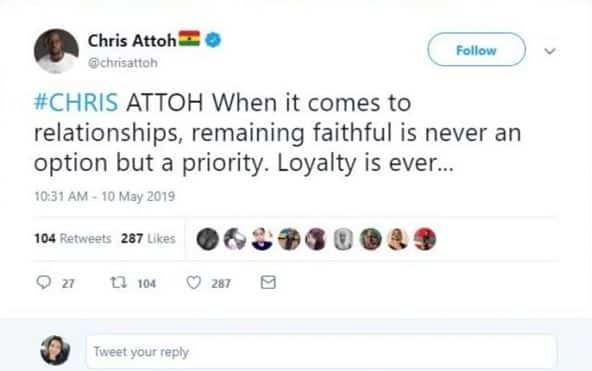 “That’s all part of the investigation. “As far as I know, [Attoh is] fully cooperating,” said George Matthews according to a report attributed to him on people.com and wjla.com

Greenbelt Police spokesperson George Mathews said “This happened in broad daylight, in front of multiple witnesses, right in front of an office complex,”

Around 5 p.m. Friday, Jenifer walked out of the office building and headed to her car. She saw a man with a gun and started running.

“(She) was chased by the suspect who fired multiple shots at the victim striking her twice, once fatally in the head,” said Mathews.

Investigators are casting a wide net to try to find the suspect. The man is described as a black male, thin build, bearing a black, sleeveless top. He got into a blue vehicle and took off after killing Jenifer.

Kris Jenner Falls Out With Kanye West After He ‘Disrespected’ Her Boyfriend, Corey Gamble

Photos Of Regina Daniels Looking Sad, Angry And Forced At Her Traditional Wedding To Ned Nwoko