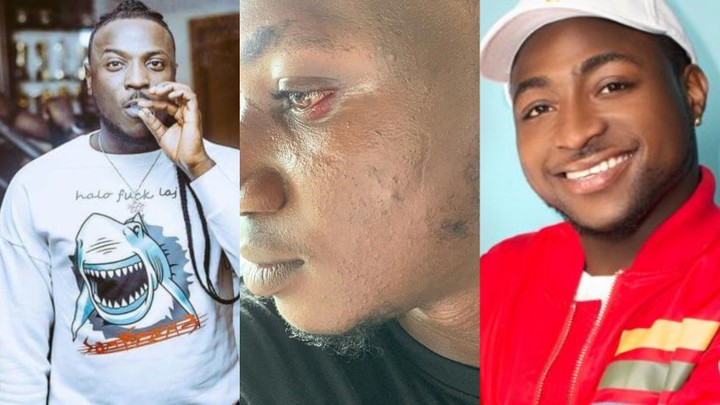 KanyiDaily had reported how Peruzzi ordered his bodyguards to beat up Pamilerin over some old tweets from January which insinuated that Teni the entertainer was a better artist than him.

Revealing what transpired between them during a radio chat with Dotun of Cool FM on Monday, Peruzzi said he spotted Pamilerin in Bayelsa and tried having a conversation with him because of his continuous inciting statements on his career and that of Teni the Entertainer, but the confrontation went wrong.

Dotun then asked the singer if he actually the slapped popular social media influencer when they saw each other in Bayelsa to which he gave an affirmative response.

On why he slapped him, Peruzzi said, “I didn’t assault him o, I wanted to have a conversation with him and it didn’t turn out well.”

He then went on to apologize to Pamilerin for slapping him and advised him to stay away from him.

“I’m sorry for slapping you. I’m sorry for hitting you… You do not have to like my music, but please do not insult me, leave me alone,” he said.

Peruzzi also apologized on Twitter while addressing the issue.

I did very wrong for yesterday slapping mr pamilerin, let my feelings get the best of me and I am very sorry. Apologies to mr pamilerin and also to the general public. I’d never get into such mess again. Love Only, I promise. ❤️

People come on here to say things just to get RTs and Likes. But you never get to really understand cos you’re on the “funny” end of the whole thing.

Someone else is somewhere feeling hurt because you don’t see that very thin line between Opinion and Insult.

Davido also apologized to Pamilerin on behalf of his friend and label mate, Peruzzi.

According to Davido, artists are humans too but insisted that Peruzzi had no right to hit him.

“I apologize to you @thepamilerin on behalf of my Brother and Artist @Peruzzi_VIBES he was wrong for putting his hands on you but pple need to realize that we Artist are human beings and we see everything! You said some harsh words too my brother and sometimes this thing dey pain!” he tweeted. 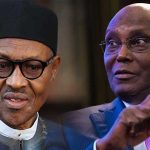 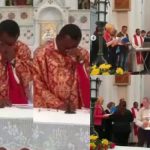