Controversial journalist, Kemi Olunloyo has revealed the identity of the former staff of Commonwealth of Zion Assembly (COZA), who claimed she was raped by Pastor Biodun Fatoyinbo.

KanyiDaily had reported of a lady, who hid her identity and her face while narrating her story during an interview with Ynaija TV, claiming she was raped by Pastor Fatoyinbo in 2017 at his house.

Kemi Olunloyo took it upon herself to reveal the identity of the lady behind the blurred interview as Tunmise Oluyede, who is the third person to have come out with rape allegation against Pastor Fatoyinbo, following Ese Walter and Busola Dakolo’s revelation.

Oluwatunmise Oluyede claimed anonymity from @YNaija NOT from @HNNAfrica. I did not interview her. I know who she is. A public figure whose plight is about RAPE in Dubai yet wants to stay private, she should face and stand up to her accuser @BiodunFatoyinbo. Busola Dakolo did. pic.twitter.com/Wxmasz9UVs

Many people are not pleased that Kemi Olunloyo took it upon herself to reveal the identity of the anonymous lady.

Kemi Olunloyo is trash for revealing this lady's identity in the name of investigative journalism; for God's sake there are legal protections for journalists whose sources who do not want to be named!

I'm so furious. What manner of irresponsibility is this? What evil is this?

Somebody should send Kemi Olunloyo back to prison that thing wey dey touch am for brain don start again..

She has started again.. pic.twitter.com/zvJb2a3c97

Kemi Olunloyo makes some revelation and we turn around to attack her? Lol. We are Nigerians and we are NOT ready for the truth.

Under the law, what Kemi Olunloyo did is called Defamation of Character and Tunmise Oluyede can sue her "massively".

Journalism is not about exposing victims, it is about exposing oppressors. This is the missing piece of Kemi Olunloyo's journalism puzzle. People don't trust her. pic.twitter.com/cS9ZODjtgj

The Nigerian Prison Service should have just kept Kemi Olunloyo out of circulation like old one naira coins.

Seeing as Kemi olunloyo has been begging for money everywhere,she has definitely being paid by the coza cabal to do all she can to counter the story of the victims,stay woke people,she has been paid!!!

Because Kemi Olunloyo disagrees with their approach to an issue, the usual Twitter Judges wish she was never let out of prison.
Even though she was imprisoned illegally and never convicted?

Revealing her identity is one of the most ridiculous thing @HNNAfrica kemi olunloyo has done. This is life risking for God's sake! pic.twitter.com/nkWLbOiNig

Kemi olunloyo did nothing wrong. Whats with her identity? If she’s saying the truth then why hiding? The young generation will live in the world that you made so let’s embrace transparency and stop been hypocrites.

I'm disgusted with this attitude of Kemi Olunloyo, it sucks real bad. Someone should ask whether she's been paid for this and if it happens to be so was it worth to be raped, what if she was your daughter ? What is even your gain in life, to be popular ? Nonsense!

I can only but imagine how her family members manage to cope with her.

She’s really beyond repair. How can you write something like this out there? Are you not just mad like this? pic.twitter.com/oEZNtKdZ8U

Kemi Olunloyo is just a vulture. 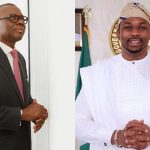 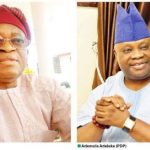