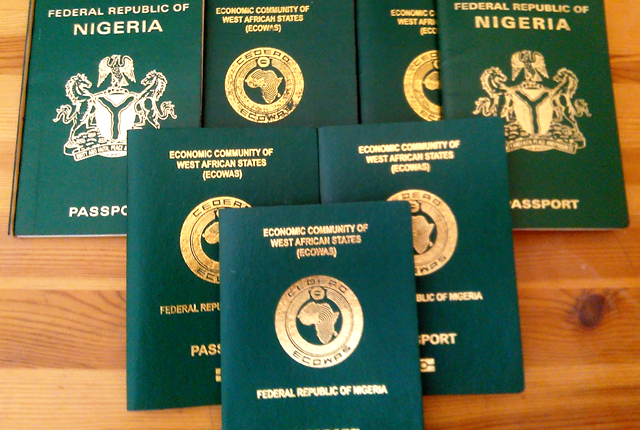 A senior official of the Ministry of Power, Works and Housing identified as Maikudi Haruna has been arrested in connection with document forgery in order to obtain Nigeria’s international passport for his client.

Haruna was accused of obtaining the sum of N250,000 from one Abubakar Mustapha who he falsely processed the ministry’s identity card for after collecting the sum from him.

A statement by the Public Relations Officer, Nigerian Immigration Service, Sunday James insisted that Haruna knew Mustapha was not a staff of the ministry and still went ahead to procure the identity card for him in order to obtain the international passport.

He explained that in order to serve as a deterrent to others still in the system, the service charged the suspect to court and appeared before Justice Taiwo Taiwo of the Federal High Court, Abuja where he was charged with “conspiracy,” making false statement for the purpose of procuring Nigerian passport and engaging in forgery.

He vowed that the service under Muhammadu Babandede, the Comptroller General of Nigeria Immigration Service will not condone any form of forgery or related offences either from individual or groups.

“Both the procurer and the applicant will be prosecuted in accordance with the provision of the law related to passport offences.”

It is however not clear if the signature forged was that of the immediate past minister of in the ministry, Mr. Babatunde Fashola.