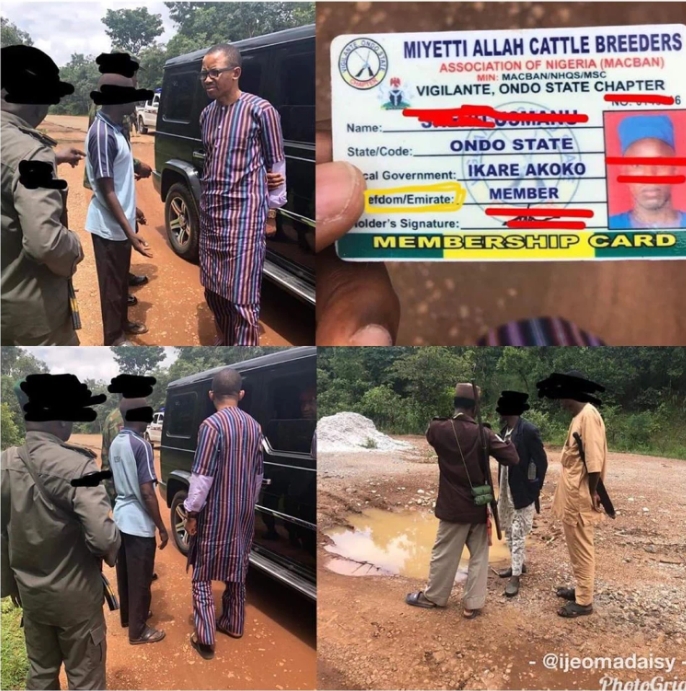 Some armed members of the Miyetti Allah Cattle Breeders Association of Nigeria (MACBAN) have set up a vigilante group in Ondo State, mounting checkpoints along the highway.

The General Secretary of Forward Buhari, Dr. Kayode Ajulo, said this during an interview on Channels Television’s Sunrise Daily in Abuja on Monday.

The former National Secretary of the Labour Party said when he accosted the herdsmen, they claimed they were doing it with the permission of the Nigeria Police Force. He said:

“I was in my state yesterday (Sunday) when I saw Fulani herdsmen under the auspices of Miyetti Allah tagged themselves as Vigilante Group of Ondo State in this country, in the South-West. They were all over and nobody is stopping them. I was with some armed security men and so we stopped them. We were even trying to call the DPO and the police to ask if they were aware of their presence.”

“I took pictures of their ID cards and I questioned them and they said the police were aware of what they were doing… they showed me their ID cards that they are vigilantes and they are the ones securing the highway.”

Ajulo, who is a staunch supporter of President Muhammadu Buhari, said he had always been of the opinion that the herdsmen/farmer crisis should not be given an ethnic colouration but his recent experience had altered his stance.

Meanwhile the Ondo state government has ordered the Nigerian police to fish out those parading as vigilante in the state.

Donald Ojogo, commissioner for information, said the government is aware of the development. He said:

“The Ondo State Government observes with concern trending pictures of an identity card carrying men identified as Fulani vigilante in the Akoko area of the state. Various claims have been as regards the activities, duties as well as supposed mandate of these men in question.”

“It is pertinent to recall that at the height of the incessant kidnap cases, the Ondo State Government took some far-reaching drastic measures which included a marching order to the law-abiding Hausa/Fulani leadership in the area to fish out criminal elements among them who took advantage of the rosy relationship between the indigenes and their law-abiding guests.

“As a measure to curb and possibly, stamp out cases of kidnap in the area, the Hausa Fulani leadership was directed to select a handful of trusted men amongst them who could serve as tour guides in the thick forest as security agencies prepared to comb the forests. This measure yielded results.” 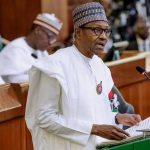 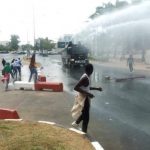