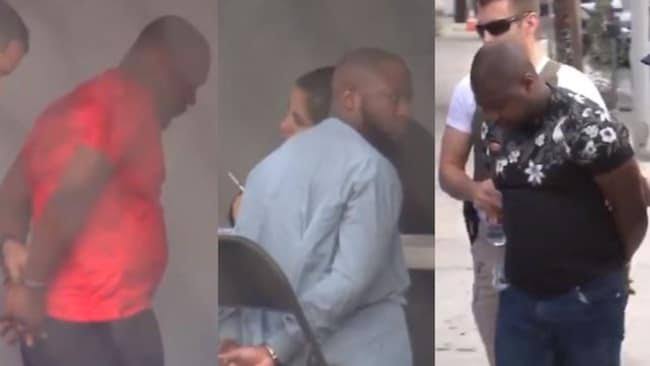 The United States Government has released the names of 80 suspected Nigerians fraudsters who were arrested Federal Bureau of Investigation (FBI) for their involvement in well-coordinated fraud in the country.

The US also narrates the strategies adopted by the alleged fraudsters leading to the swindling of innocent citizens through banks and money-services.

According to a statement released by the US authorities, the lead suspects the case are Valentine Iro, 31, Chukwudi Christogunus Igbokwe, 38, others either played major roles in the alleged fraud or acted as accomplices.

“This case is part of our ongoing efforts to protect Americans from fraudulent online schemes and to bring to justice those who prey upon American citizens and businesses.

“Today, we have taken a major step to disrupt criminal networks that use BEC schemes, romance scams and other frauds to fleece victims. This indictment sends a message that we will identify perpetrators – no matter where they reside – and we will cut off the flow of ill-gotten gains.”

Nick Hanna named Valentine Iro, 31, and Chukwudi Christogunus Igbokwe, 38, as lead suspects adding that once a victim deposited funds into a bank account or a money services account, the duo allegedly coordinated with others to further launder the funds.

Investigations revealed that members of the conspiracy sometimes wired funds to other bank accounts under their control or withdrew same as cash or negotiable instruments such as cashier’s checks. He added:

“To do this, Iro and Igbokwe coordinated the transfer of a victim’s funds from a fraudulent bank account they controlled to US bank accounts belonging to illicit money exchangers.

The authorities said this strategy was used to transfer millions of dollars to Nigerian co-conspirators without directly transferring funds overseas.

Below is are the names of the Nigerian suspects indicted in the alleged fraud case: 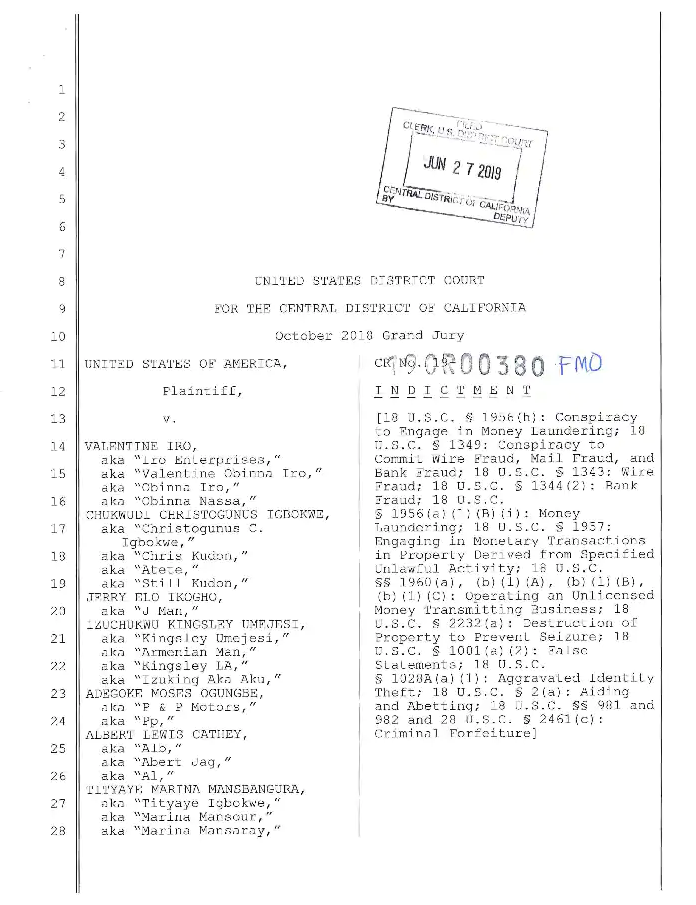 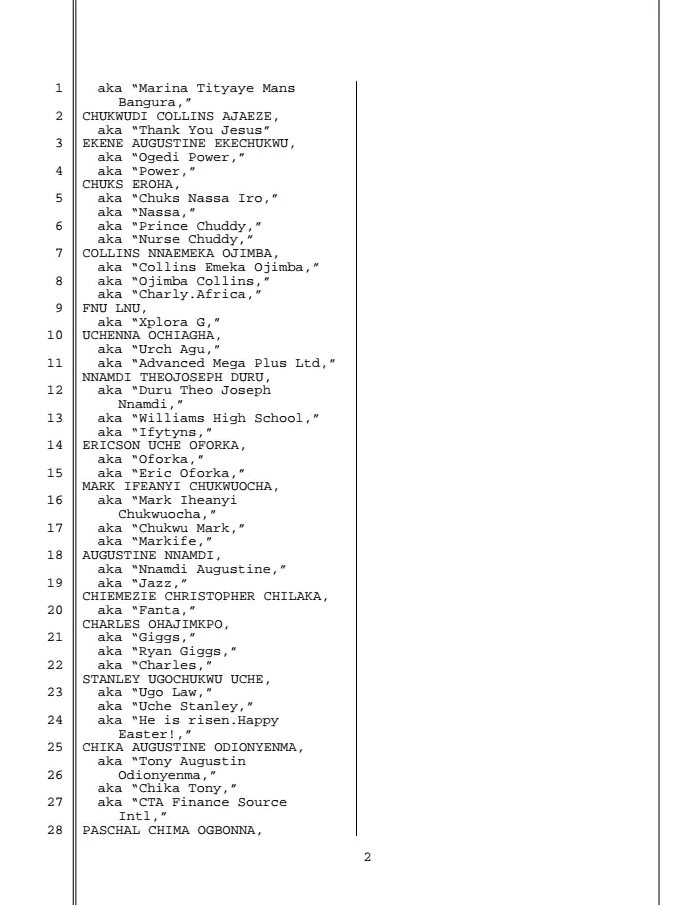 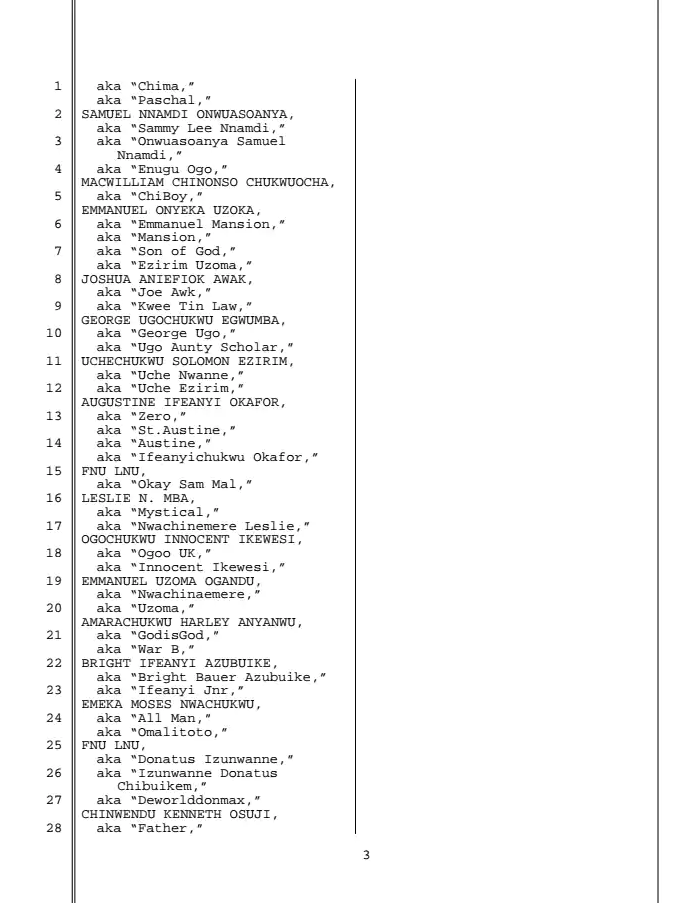 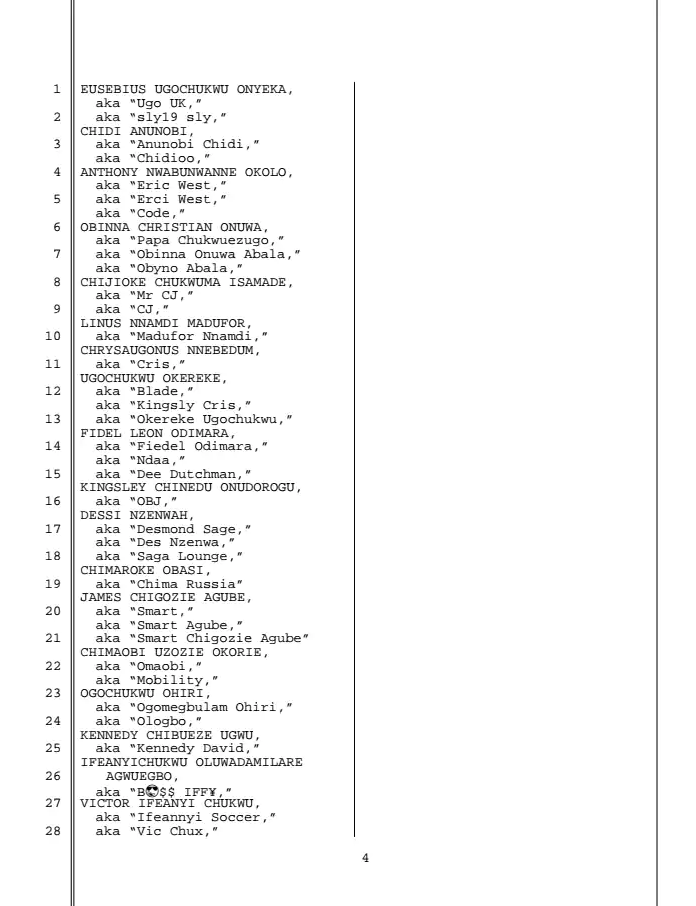 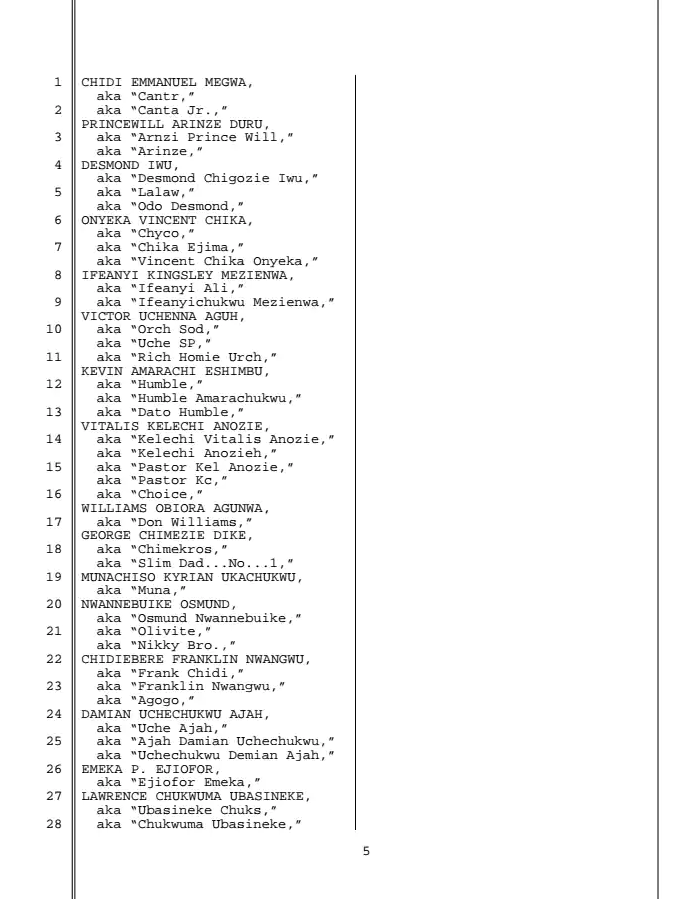 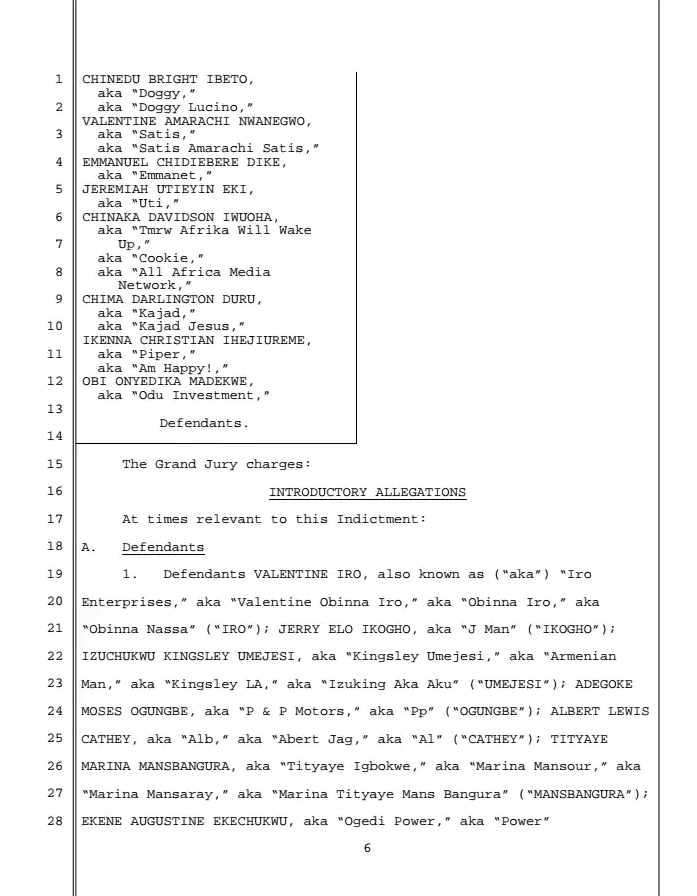